You don’t see that every day… Skywhale crash 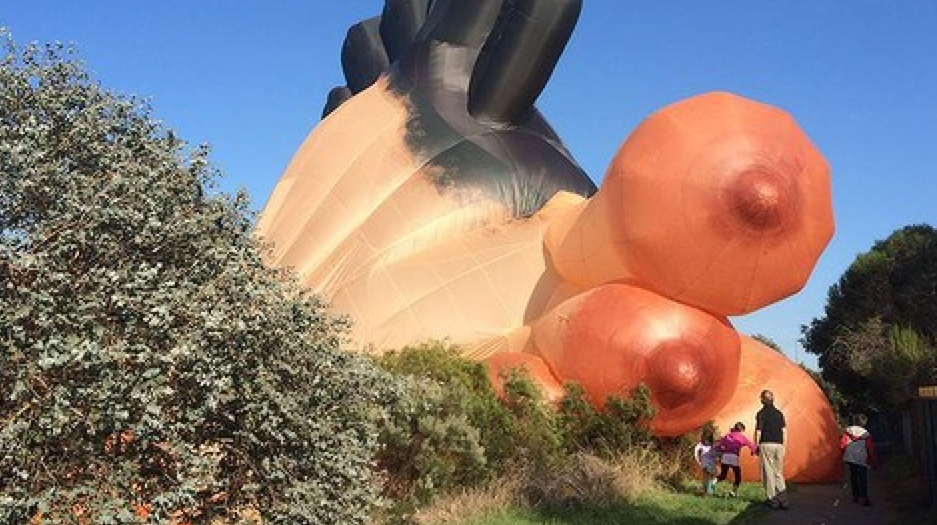 Whale of a time in Florey

It’s not every morning you walk out the back door to find a whale dangling its appendages over the back fence.

Florey woman Katie Logan woke on Saturday morning to a close encounter of the Skywhale kind, as the giant balloon made its way down Wragge Place before ultimately coming to rest on a bike path near the floodway at the end of the street.

“I heard the dogs going off, and my husband came in from outside saying, ‘come and look at this’. I thought it was going to land in our backyard for sure”

While the balloon appeared to make a safe landing in the cleared area next to Southern Cross Drive, Ms Logan said it did take the crew some time to remove the balloon from bushes and trees next to the landing area.

The arrival also caused plenty of excitement in the suburb, with cars on the main road stopping to check out the commotion.

Earlier on Saturday morning, in front of Old Parliament House, a parrot dressed as a pirate came armed with a sword which it probably needed to draw the attention away from the return of Skywhale.

Yes, the many-breasted balloon still knows how to turn heads, even if the gasps of astonishment were not as regular in a crowd where most had made her acquaintance before.

Skywhale was flying as part of the annual Balloon Spectacular, with dozens of balloons filling Canberra’s skies.
In another balloon, pilot John Wallington, who has been part of the annual event since 1985, said a variety of personalities and most categories of the socio-economic scale were represented by the balloon operators.

“For a private pilot the cost is less than the cost of waterskiing, the fuel costs less and the balloon is the same or less than the price of a boat,” he said.

The nine-day Balloon Spectacular will see balloons inflate each morning at 6.15am.