You can take a city to water… but will it thrive? 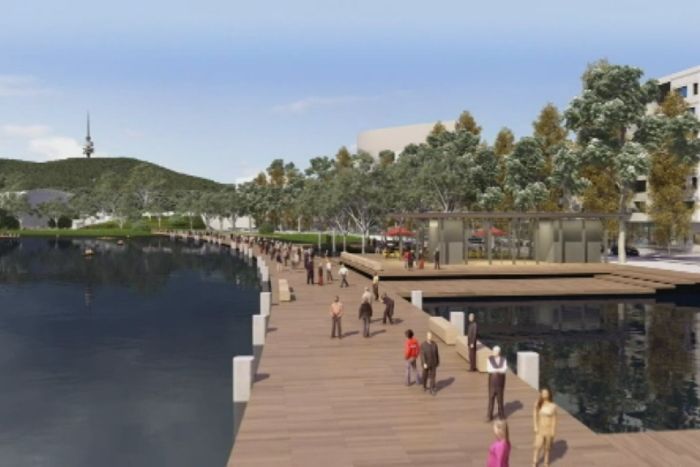 A draft plan has been released to improve Canberra’s CBD and open up access to Lake Burley Griffin.

“We’ve gone through community consultation process and that has led to the formulation of this report which will go back out to the community now,” she said.

“Essentially we are looking at land use across the city, we’re looking at how we deal with growth, transport, improvement to public realm, important community infrastructure, social infrastructure and really setting out one plan for the city’s future.”

“For the first time it sets out clearly the uses that we expect to see around Vernon Circle and City Hill,” he said.

“There are a range of very important functions for cultural facilities, for new activities such as the Australia forum, for the new Supreme Court building and a range of other civic and commercial functions around City Hill.

“Also how light rail will integrate into the city centre in terms of its terminus and connection into commercial and business parts of the city, and finally the connection of the city down to the lake.”

The proposals will be on display in Garema Place and online.

The final City Plan is expected to be released in December.