Caution on Yorkeys Knob development from by Yirrganydji people 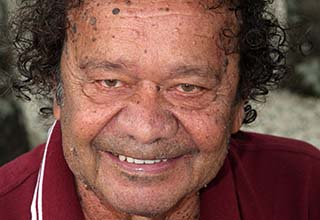 THE proponents of a mega resort and casino at Yorkeys Knob must “tread carefully” to ensure they minimise the environmental and cultural impact, says an indigenous elder.

The terms of reference are now being prepared for the environmental impact statement a rigorous assessment of the project’s potential environmental, social and economic impacts.

Local indigenous elder Dr George Skeene said the 343ha site earmarked for nine luxury hotels, a golf course and sports stadium was culturally significant to the Yirrganydji people, who are currently negotiating a native title claim over land between Cairns and Port Douglas.

“We have a connection to the land and there are many stories from that area,” he said.

“They need to tread carefully.”

Dr Skeene said ancient stone tools used by Yirrganydji people dating back before white settlement of the Cairns area had been found in cane paddocks in Yorkeys Knob during the 1960s. He said there were also concerns about potential damage to nearby mangroves and waterways.

“It’s a very important fish habitat and spawning area for crustaceans and we seem to be losing mangroves all along the east coast of Australia,” he said.

“The waterways are very important.”

“A healthy reef is our region’s best chance for maintaining a healthy economy and we will be taking a keen interest in how the developer proposes to avoid impacts on the reef during the construction and operation of the proposed development,” she said.