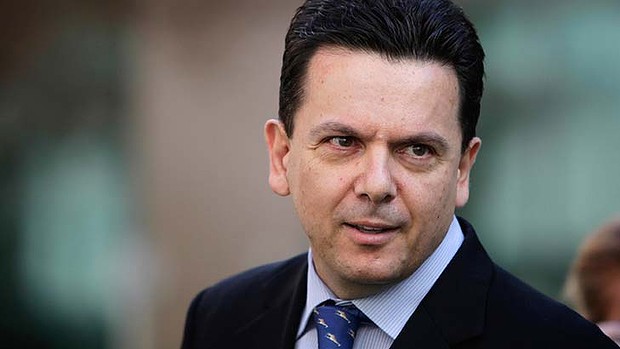 The ACCC may have said too much during its process of assessing the Qantas-Emirates deal by raising the claimed unsustainable state of the Australian icon’s long haul operations.

The competition authority’s chair, Rod Sims, has publicly rejected a need to investigate the airline’s internal affairs in relation to the alleged cross subsidisation of its Jetstar brand by a full service Qantas brand in reaching a decision about its plans to code share away some of its customers into Emirates services.

However as Xenophon points out in the statement below, the ACCC has previously said it accepted the Qantas claims in reaching a decision to propose approving the deal in December. So, if it sees fit to make a finding based on Qantas finances, why is it no longer sufficiently relevant for further discussion? 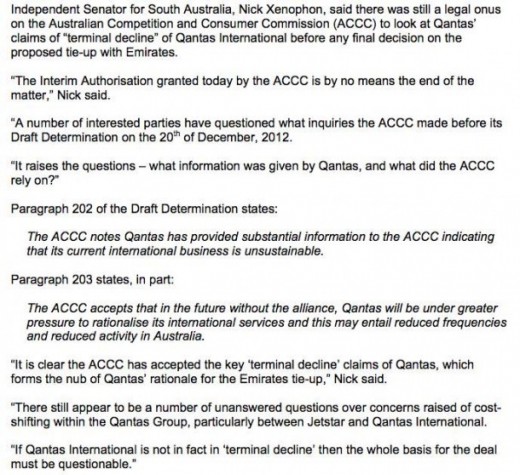 Surely the ACCC ought to reveal what it already knows, since the it clearly found the detail sufficiently compelling to reference it in its procedures.

Or to put it more directly, having said Qantas long haul was headed for oblivion, it ought to share the depth and rigor of its inquiry into this aspect of the approval process with the public, to whom it was set up to protect.

Had the ACCC not gone down that path, it could have shut the whole issue down by simply saying, ‘Qantas is now so irrelevant to competition on the kangaroo routes that competition will continue to thrive whether it flies the routes in question or not’.

Which is why the writer is a reporter, and not a diplomat or public administrator.