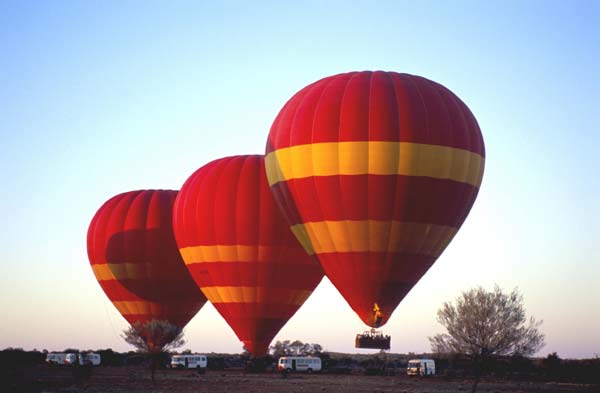 A 35-year-old woman is in http://www.thetourismnews.com.au/wp-admin/post-new.phpa critical condition in hospital after a hot air ballooning accident in central Australia.

The woman was among a group of passenger waiting to take a flight with Outback Ballooning in Alice Springs this morning.

“One of the passengers of the balloon – whilst the balloon was being inflated – was wearing a scarf and the scarf was caught in the inflation fan for the balloon as a result she suffered a serious injury to her neck,” he said.

A TOURIST is fighting for life after a freak accident in a hot-air balloon in the Northern Territory.

Alice Springs Watch Commander Drew Slape told the NT News the woman’s scarf got caught in the balloon’s inflating fan and “sudden force” was applied to her neck, leaving her with serious injuries.

The New South Wales woman, 35, was taken to Alice Springs Hospital in a critical condition. She remained there late last night but it was believed she would eventually be flown interstate.

Police have since set up a crime scene at the ballooning site, about 5km south of the desert town, and will investigate the circumstances surrounding the accident.

Pilot Jason Livingston purchased Outback Ballooning two days ago and said he was “gutted” that a customer had been critically injured.

“Ultimately it was a freak accident and everyone is upset about what happened,” he said.

The Australian Transport Safety Bureau and NT Worksafe will also investigate the incident.