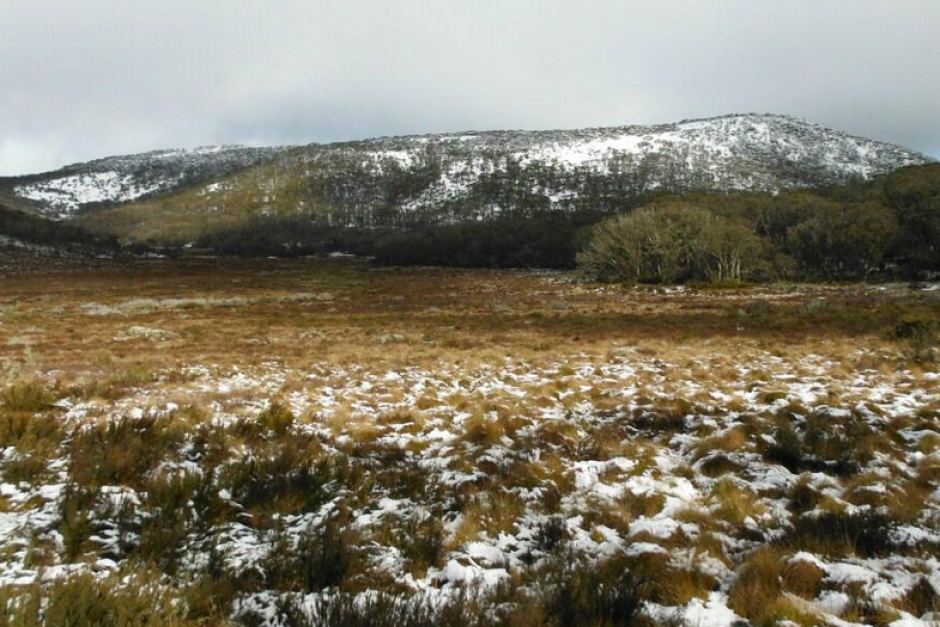 Snow has finally fallen on the New South Wales Snowy Mountains, much to the relief of local tourism operators.

About 20 centimetres fell above 1,500 metres over the weekend, blanketing the upper slopes at Perisher and Thredbo.

“The higher slopes finally have a base to start working with,” Bureau of Meteorology (BOM) forecaster Sean Carson said.

Photo: The first snow of the season has fallen in Namadgi National Park on Mount Ginini and Mount Gingera outside Canberra. (Twitter: TAMS Media )

Mount Ginini and Mount Gingera in the ACT’s Namadgi National Park also received a dusting, and Mr Carson said snow was clearly visible on the Brindabella Mountains outside Canberra on Sunday.

“We had lovely falls up at Perisher over the weekend… 15cm fell up there and they’re very happy. They’ve opened some of their lifts,” she said.

And the bureau predicts there is more snow on the way for the ski resorts.

“There’s a little bit more follow-up snow for the Snowy Mountains, probably about 5cm to add to the handy 20cm base they picked up on the weekend,” Mr Carson said.

The snowfall marks a late start to the ski season, which typically begins on the Queen’s Birthday long weekend.

It comes after one of the east coast’s warmest autumns in more than 40 years.

Ms Coomber said the lack of snow has meant tourists have so far shied away from the Snowy Mountains.

“It’s very quiet here at the moment. A lot of people are waiting off to buy their lift tickets or to get up here until there’s some decent falls… but there’s big smiles up here today,” she said.

A weak cold front is currently moving from Victoria through the far south-east of New South Wales, bringing strong, cold winds to the ACT and surrounding region today.

Mr Carson said a maximum of 13 degrees Celsius was forecast for Canberra on Monday, but winds this afternoon would likely drag the temperature down.

“The breeze will blow at about 20 to 30km, making it feel it little bit more chilly than that maximum of 13C that we’re heading for,” he said.

“There’s some chance we could get a little sprinkle [of rain] in Canberra towards the close of daylight hours today. It certainly won’t be much.”

Minimum temperatures should get down to -2C on Wednesday and Thursday.

But daytime conditions should be sunny with maximum temperatures of 15C on both days.