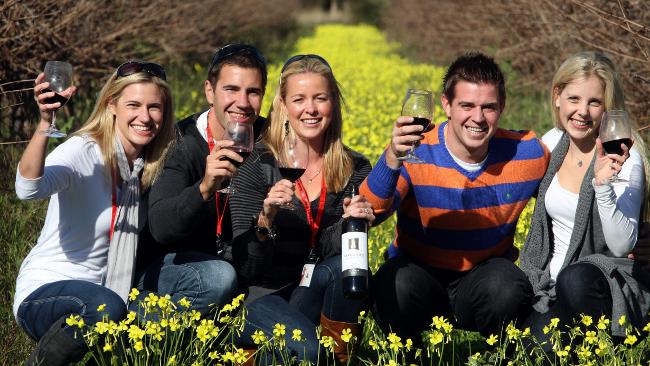 TTN: Whilst the overall dairy industry were not happy for milk products to be excluded from April’s tariff cuts on exports to Asia, clear favouritism was shown in the cuts for what are considered ‘Australian Cultural Exports’  – high quality wine and cheese.

Japan will increase access for Australian beef and dairy imports, under an historic free trade deal agreed between the two countries on Monday night.

It’s the first free trade deal Japan has made with a major exporting nation.

Beef and dairy were the major sticking points in the agreement, with Japan keen to protect its local industries.

Under the agreement, Japan will halve the current 38.5 per cent tariff on frozen Australian beef products (to 19.5 per cent) over 18 years, with an immediate tariff cut of up to 8 per cent in the first year of the agreement.

Chilled beef tariffs will be reduced by slightly less, over 15 years, with an immediate 6 per cent cut in the first year.

Australian beef exports to Japan were worth $1.4 billion last year. This agreement marks the first made between Japan and a beef exporting nation, to reduce tariffs.

The agreement also significantly increases the amount of duty-free cheese that Australia can send to Japan, by 20,000 tonnes per year.

Cheese is currently Australia’s single largest dairy export to Japan, with trade already worth $372 million per year. Currently, the duty-free quota is 27,000 tonnes per year.

Australia’s sugar trade to Japan was worth $226 million last year, and Australia accounted for one third of Japan’s total sugar imports.

The agreement will bind tariffs at zero for wool, cotton, lamb and beer, while tariffs on bottled, sparkling and bulk wine will be eliminated over seven years.

A variety of horticultural exports will also see tariffs reduced or eliminated: fruits, vegetables, nuts and juice will see a ‘very liberalising outcome’ under the agreement, while tariffs on canned tomatoes, peaches and pears from Australia will be eliminated.

Tariffs will be eliminated on Australian seafood exports such as shrimp and prawns, rock lobsters, fresh and preserved abalone, oysters, crab, both yellowfin and southern bluefin tuna, toothfish and sea urchins, as well as fish oils.

Both barley and honey exporters will see increased tariff-free access to Japan, and there will be ‘preferential access’ to Japan for ‘large volumes’ of Australian pork and pork products.

Japanese Prime Minister Shinzo Abe told a media conference he is ‘especially happy’ to have reached substantive agreement on freer trade with Australia, which both countries have been negotiating since 2007.

“We intend to proceed with work to sign the agreement as early as possible,” Mr Abe said.

“This is the first time that Japan has negotiated a comprehensive economic partnership agreement or free trade agreement with a major economy, particularly a major economy with a strong agricultural sector,” Mr Abbott said.

“I hope, thanks to this agreement that has been finalised today, that Australia can be pivotal to ensuring that in the years and decades to come, the people of Japan have energy security, resource security, and food security.

“This will be good for Australia, good for Japan, good for our region and good for the world.”

The chairman of the Australian beef industry’s free trade taskforce, Lachie Hart, has thanked Mr Abbott and Trade Minister Andrew Robb for the outcome they’ve negotiated in this agreement.

Mr Hart says the deal will be worth $5.5 billion to the Australian industry over 20 years.

“This will create opportunities for increased Australian beef sales into Japan and improve the affordability of beef to Japanese consumers,” he said.

“Pleasingly, the tariff reductions on both frozen and chilled Australian beef have been ‘front loaded’, meaning that major reductions will occur in the first few years of the agreement.

President of the Cattle Council of Australia, Andrew Ogilvie, is more circumspect, saying that while he welcomes the deal, the fact that tariffs on Australian beef will remain into the future is disappointing.

“Cattle Council is disappointed that substantial tariffs still exist on Australian beef after the phase-out period, unlike in previous free trade agreements, and also that different tariffs apply to chilled and frozen beef,” Mr Ogilvie said.

“Cattle Council understands the Australian Government achieved the best result that it could for the Australian beef industry, particularly as this is the first deal Japan has done with a major agricultural exporter.”

Mr Ogilvie says he hopes the agreement with Australia will lead to further trade liberalisation with Japan into the future, particularly for beef.

“Cattle Council will work to continue building relationships with Japanese beef producers in the coming months,” he said.