Why no tourism investment for Newcastle’s big event? 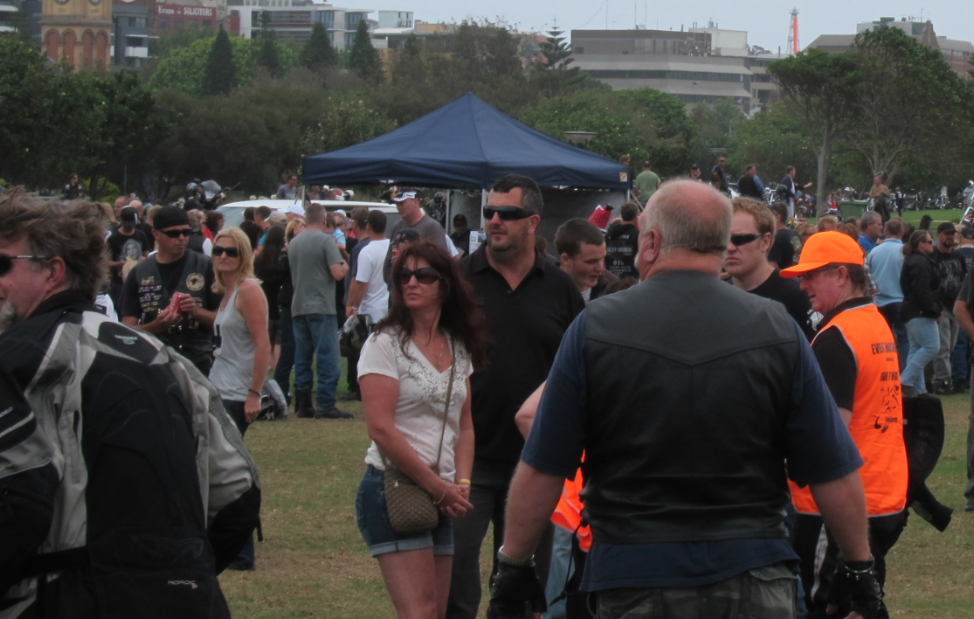 The annual Newcastle Toy Run, in which thousands of motorcycle enthusiasts drive through NSW’ second-biggest city for a fantastic spectacle of bikers carrying toys for underpriveleged kiddies at Christmas, is one of the least publicised events of its size existing in Australia.

From a tourism perspective I was appalled when I tagged along on my cousin’s motorbike. Palpable good will and participation from thousands of people… and there is nothing at the end.

Picture: Thousands of bikes find no organised audiences at annual Christmas toy runs due to a lack of event investment from tourism organisations.

5000 bikes, riding from Stockton to Newcastle City – and at the end, a couple of food stalls. A couple of gift stores. Some coffee. A place to chuck your toys and an MC, doing his darndest to act excited without any serious concert event management to speak of.

Easily 10,000 people wanting to spend money and look at the hundreds of bikes – but no real event investment from the City of Newcastle, regional tourism organisations or Destination NSW.

So why the piddly event at the end? $3000, that’s why. The Newcastle Toy Run functions on a budget of $3000 annually, kept from each years’ previous donations. In 2012, the Newcastle Toy Run raised $75000 in cash. That doesn’t include the bounty of namesake gifts. 5000 bikers sport stuffed toys, ribbons and all, on the front of their bikes crawling at 10kph for kilometres into town. All for kids.

So if the Toy Run raises $75000 in cash donations for the Salvation Army with just a $3000 investment… does it not stand to reason that a $50,000 ‘couch-change’ investment from Destination NSW could annually put on a concert that would raise $1 million?

Each year, on the morning of The Toy Run, the road from Stockton to Newcastle’s  Nobby’s Beach, the famous lighthouse, the Foreshore Park and touted tourism hotspot, Honeysuckle Wharf, is blocked off. There’s no traffic coming in from the Port Stephens region, a major northern thoroughfare to Newcastle. No traffic that is, apart from thousands of good-willed motorbike enthusiasts, travelling from far and wide on the smell of Christmas spirit.

Standing at an imposing 6ft 7”, ‘Big John’ Young is the biker/manager of the Newcastle Toy Run. He’s the big daddy of Toy Runs – managing the Newcastle event for over 35 years. Big John is a larger-than-life poster child for bikie groups being a valid part of society instead of the groups of thugs they’re frequently painted as.

Big John, along with a now-highly functional interagency team of representatives from Newcastle Council, the RMS (formerly RMS) and the Salvation Army, have the pre-Christmas Newcastle Toy Run working as a well-oiled machine.

There are seven toy runs in New South Wales alone; Kempsey, Mid North Coast, Mudgee, Newcastle, ‘South Coast Ulysses’, Wagga Wagga, and Wollongong. The other bigger states have theirs, too.

As an event that brings toys to underprivileged children; that brings Newcastle together as a community; that gives a major council, a government agency and hundreds of hospitality operators thousands, potentially millions in goodwill, and has the potential to enliven a city annually along the lines of Sydney’s famous Carols In The Domain; you’d think Destination NSW would see some benefit in investing in the Newcastle Toy Run.

Turning an annual event that previously raised $75,000 on a shoestring into a famous, annual, million-dollar turnover domestic tourism fundraising spectacular could save not just a tourism region, not just an ailing CBD, but thousands of kids from misery.