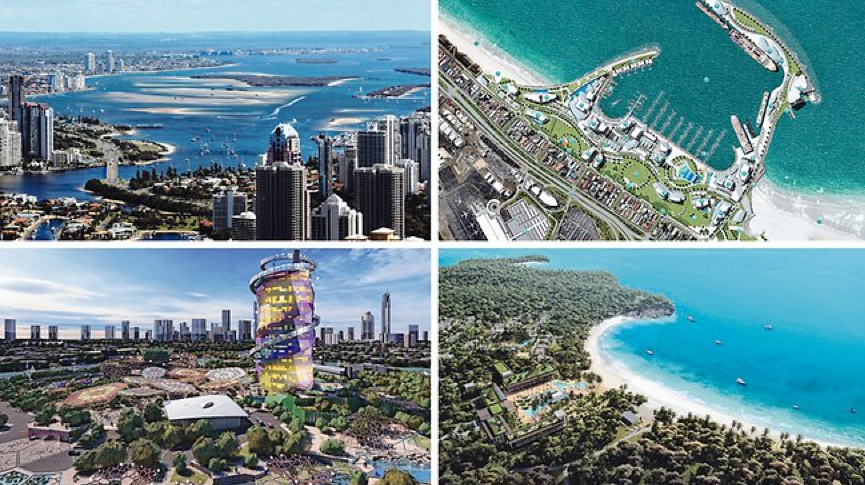 TTN: The below article was penned by Nathan Rees, a premier of NSW who was famously ousted by a NSW Labor party powerbroker, Eddie Obeid, when Rees publicly objected to Obeid’s unwieldy hand over the NSW government of the day. Obeid has since been revealed to have corrupted NSW government process to an unfathomable extent (literally, the Independent Commission Against Corruption only ceased to investigate because details of Obeid’s dodgy deals could have gone on for years, and those investigations are expensive, and they are on the public purse.)

From manipulated coal licensing in regional NSW to unlawfully profiteering from Sydney’s iconic Circular Quay, Eddie Obeid has had untold negative effects on due course of NSW government.

See here a Tourism News story that questions why controversial developer James Packer would want to suddenly throw money into an arts festival in Perth.

Why a ban on developer donations safeguards democracy

By Nathan Rees, 11th August 2014, for smh.com.au
“All of us in the political system have a responsibility to nurture public confidence in our institutions.”

In November 2009 as NSW premier, I stood before the NSW ALP conference and announced that the Labor Party wouldn’t take another cent from property developers. Shortly after, I put this policy into law, making it illegal for developers to donate to political parties and for political parties to accept developer donations.

I did this because the people of NSW were entitled to a planning and governance system free of innuendo and corruption. Nothing corrodes public confidence more than a belief that favourable decisions can be bought. It is the definition of corruption.

My move was deeply resented within the Labor Party and the Liberal/National coalition. For a long time, developers had been a ready source of campaign funds. The inevitable result of this, however, was that ordinary people believed developers must be getting something in return for their donation. We now know that was exactly the case in some circumstances uncovered by the Independent Commission Against Corruption.

It’s important to be dispassionate about this, or any other policy. Let me be clear. I don’t believe developers are bad people, or that the industry as a whole is crooked. However, I do believe the industry has more motive and opportunity for corruption than any other, and therefore requires additional regulation.

Here’s why. The construction and property development industry in NSW is worth about $25 billion each year. By way of example, last Wednesday’s Sydney Morning Herald listed 24 development-related notices of determination. There was also a notice of exhibition for a new development covering the size of more than two football fields in prime Sydney real estate. Thursday’s Herald advises of more than 140 development consents for the City of Sydney Council.

On a smaller scale, check your local paper this week for the dozens of duplexes, new commercial buildings and associated works that are being assessed by local councils. To assess the compliance and merits of this construction there is a small army of people across Australia who make thousands of these decisions every week. They are officials, planners and politicians in local councils and state and federal governments. These processes are essential for job, home and industry creation. But think about it; every year, thousands of decisions, right across the country, with differing degrees of oversight and constant changes to the legislative frameworks. It’s a situation ripe for exploitation.

It would be naive in the extreme to think that an industry in which profits can often be measured in millions doesn’t have shonks who want to take short cuts and people who could be tempted to help them. The two preconditions for corruption are motive and opportunity. Planning and approval systems, despite the best intentions of legislators, can only be corruption-resistant. There is no such thing as a corruption-proof system. Time after time the NSW public has had to endure investigations; Wollongong, Rockdale, Mudgee … the list goes on. Each time there is a corruption finding relating to development, public confidence in the system drops another notch.

Last week, the Independent Commission Against Corruption heard extraordinary claims of brown paper bags full of money being handed by property developers to election candidates in a Bentley. It’s not a C grade movie script. It’s a serious allegation made in the state’s watchdog body in a public hearing. It doesn’t take a genius to realise the deeply damaging nature of this image.

Recently, a developer has indicated he wishes to challenge my developer donation ban in the High Court. He may win, but political leaders should not wait for the outcome. They should say now that as a matter of party policy they will not be accepting donations from developers.

Nathan Rees is a former premier of NSW.

(Re-published by The Tourism News 15th August 2014. Whilst this is clearly an ‘old story’, the previous ideal of a legitimately competitive tender for the available Queensland licenses has been impeded by the continued ‘contributions’ to the city of Cairns by the Fung family, who hope to develop an $8.2b casino on the Great Barrier Reef.)

THE developers of the $4.2 billion Aquis mega-resort at Yorkeys Knob face competition from at least five others for two regional Integrated Resort Developments’ gaming licences.

Three proposals are on the Gold Coast and two on the Capricorn Coast. Another wildcard is Clive Palmer’s Palmer Coolum Resort on the Sunshine Coast.

A Chinese group is believed to have won the tender to build a mega-resort on Wavebreak Island on the Gold Coast featuring a 50-level tower, a casino and a cruise ship terminal.

ASF China Property Consortium is believed to be have been selected as the preferred bidder for the Broadwater Marine Project. The project requires a casino to fund the ongoing Seaway dredging required for a cruise terminal.’

GOVERNMENT IN NO HURRY TO RUSH CASINO LICENCES

As well as a cruise ship port, the Gold Coast Ocean Terminal project includes plans for a 500-berth marina, superyacht terminal, resort and casino all to be linked to the nearby Gold Coast airport. But Mr Ell’s Leda Group faces opposition from surfers, environmentalists and local residents. ARTISTS IMPRESSION: What the Gold Coast Ocean Terminal could look like. Pic: Supplied.

The Gold Coast Cultural Precinct is a $280 million project on the former Gold Coast City Council headquarters and arts centre on 17ha of land at Evandale.

It includes a 14-storey “twisting new arts museum” with an exterior walkway, a top-floor viewing lounge and a bungee jump as well as a 1200-seat state-of-the-art theatre, outdoor art galleries, a massive amphitheatre, floating gardens and fine-dining restaurants.

The Great Keppel redevelopment is a planned ecotourism resort to include a 250-room hotel, 750 villas, 600 apartments, a 250-berth marina and a Greg Norman-designed golf course.

The Capricorn Integrated resort,proposed by Iwasaki Sangyo Australia, is a 1500ha development that includes a 300-room, five-star resort, a golf course, caravan and recreational vehicle park, a Wagyu cattle farm for farm stays, cattle and sheep farming and educational activities, a residential community of 8000 dwellings and a village centre, an airstrip and refurbishment of the existing Mercure Capricorn Resort.

The State Government is not speculating on any of the possibilities. Premier Campbell Newman has said that March 31 this year is the critical date when expressions of interest close for the integrated resort developments with the associated casino licences.

The IRD registration of interest document has outlined a 12-month timetable with the successful applicants expected to be announced early next year.

A spokeswoman for Deputy Premier and State Development Minister Jeff Seeney said it would not be known who was applying for the casino licences until after the deadline.