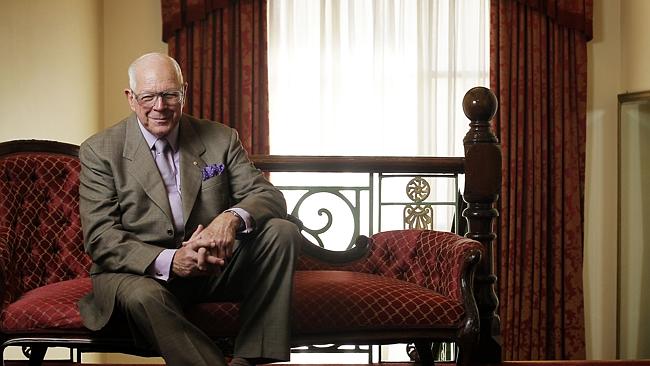 From the Hobart Mercury, 7th August 2014

Leo Schofield is quitting the state after a funding stoush for the Hobart Baroque Festival.

A FUNDING stoush over the Bar­oque Festival, which has seen the event canned and its artistic director Leo Schofield vowing to leave Tasmania, has shocked and saddened leading arts figures.

Mr Schofield announced suddenly yesterday he would be cancelling next year’s event and moving back to Sydney.

Mr Schofield said it was not enough and he was deeply disappointed by the outcome.

“We cannot possibly produce the kind of exciting, international festival that in two short years the audience has come to expect with the meagre funds offered,” Mr Schofield said.

“I am, of course, deeply unhappy about this outcome and by the shabby treatment of a state which I have done so much personally and professionally to promote.”

Premier Will Hodgman said while his government supported the arts, funds were limited and allocated to events attracting large tourist numbers to the state.

“In the context of the current tough fiscal environment the Government determined it was appropriate to offer Bar­oque Festival organisers the same amount as last year – $300,000 from the state, and $100,000 from the commonwealth,” he said.

Twenty-three performances played to a total audience of almost 9000 people. Interstate buyers accounted for 41 per cent of sales.

Mr Schofield said research showed tourists attending the Baroque Festival stayed an average of three or four days and spent about $3000 not including airfares.

Baroque also has three nominations in the prestigious Helpmann Awards to be held in Sydney on August 18.

“This is a world-class event that we have been fortunate enough to be part of and party to in Tasmania,’’ Ms Tierney said.

“It is a massive loss to the state for an event that has essentially only just launched and in two festivals has been able to captivate people from around the country but is now having the rug pulled from under it.

“It is a terrible indictment on the Government who are philistines if they don’t understand the quality of this festival and its ability to draw interstate visitors,” she said.

Brisbane Festival artistic director Noel Stanton said the state would deeply feel the loss of both Mr Schofield and the event.

“It’s an enormous loss to the state,” he said.

“Hobart is the perfect place and that festival is brilliant and unique in Australia. Hobart has a beautiful old theatre and an excellent concert hall.

“Someone like Leo has invaluable experience in arts and marketing.”

But Tourism Industry Council Tasmania chief Luke Martin said an $800,000 government injection would have placed Baroque at the same level of public funding as Dark MOFO, which generated more than 10,000 interstate visitors, and the local round of V8s.

“The reality is on Leo’s own figures, the event just doesn’t stack up in terms of direct visitation, seasonality, or indeed intrastate visitor activity,’’ Mr Martin said.

However MONA FOMA curator Brian Ritchie said the contribution Mr Schofield had made to the state’s artistic scene could not be overstated.

“They broke the mould when they made Leo,” Mr Ritchie said.

“He’s an astute listener, he’s extremely knowledgeable and a great contributor to Tasmania’s cultural scene. “I attended most of last year’s Hobart Baroque. It was well thought out, well curated and performed.Having a specialised festival like that, especially in the off peak season, is fantastic and I’d hate to see it go.”