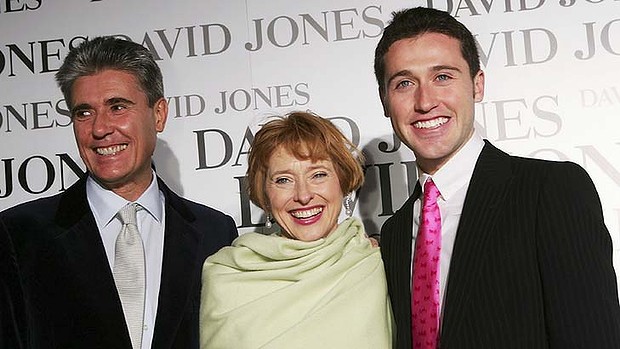 A serious issue for racing is the course proper at headquarters – Randwick. It is an unfair surface and the punters, racing’s only customers, don’t like to bet there. This is a huge financial cost to racing.

1. The track is ‘‘affected’’, even with two weeks of warm, dry weather, as shown by the Randwick ‘‘slow’’  classification way back at the end of April.

2. The going is invariably biased, ‘‘away from the fence best’’ being the default.

3. The ‘‘shifty’’ surface increases the randomness of results, which punters detest.

4. The track deteriorates during the race day.

5. The track can’t stand up to racing.

This is extraordinary because Randwick was once an outstanding track, coping perfectly with wet conditions and lots of racing. It was perhaps Australia’s best.

Recently the betting-ring wags took glee in pointing out the magnificent pad of grass where the Randwick betting pavilion used to be. ‘‘If they raced there it would be ‘track good’,’’ they said. And it was very firm to my heel!

For most of the 13 years since the big upgrade, the authorities have been in denial, refusing to acknowledge there is any problem, saying: ‘‘We’ve got it right now.’’

They quote how the track has its low points raised, the camber (the sideways slope of the track) made industry standard and that the course was given long periods of no racing at Randwick to help the track.

But there is a major breakthrough: the chief steward has publicly acknowledged the problem and was recently quoted as saying it should be torn up and re-done. As with every problem in general, it is crucial to acknowledge that it exists. We should be grateful the chief steward has done so. But I doubt tearing up the track and re-doing it will fix the problem. When millions were spent doing that at Randwick in 2000-01, it was wasted money (although we got a couple of tunnels, and, unfortunately, a you-beaut irrigation system). The problems became worse.

Randwick’s course proper is, I believe, simply over-watered. Turn the taps off, and the track will flourish, in my opinion. The evidence is the kikuyu grass roots at Randwick. They are short. Consequently, runners’ hooves continually uproot clods. Were the roots long, going deep, this wouldn’t happen and the going would be far more secure.

The grass just gives way. We have so few meetings at Randwick nowadays, compared to 30 years ago, because the course can’t stand up to racing. Darren Beadman, then a leading jockey, once described it as  ‘‘racing on a Violet Crumble bar’’. Time aficionados (of whom I am one) point out that Randwick times deteriorate throughout the day, every day. This is incontrovertible evidence of the problem.

The normally long-rooted kikuyu has been Randwick’s grass since it was introduced to Australia about 100 years ago. It is an excellent herbage, coping well with heat, cold, poor soil, humidity, floods and drought. Its fault is that it goes brown in winter. It is still good racing grass but looks poor.

The Randwick kikuyu, with this relentless, regular watering, is never stressed and never extends its root system.

It needs tough love to make it put down deep roots. Perhaps like children! Moreover, the overwatering problem isn’t confined to Randwick. We’ve also seen country meetings and interstate city ones abandoned because of the problem.

There are other things that would help. I have written before that the official ‘‘no better than dead’’ policy is pernicious and does great harm to racing’s revenue. It should be abandoned. Betting on Perth racing has grown dramatically because of the ‘‘weather fine, track good’’ (which means ‘‘fast’’) ethos.

Worryingly, officials, in recent years, have asserted that track condition should be assessed independently from consideration of the likely race times. To me, this is heresy and allows inconsistency between days and tracks. It is very unhelpful.

There should be more divot replacers after each race. Divots are like teeth: if a tooth is knocked out and put straight back in, it will be fine; leave it two days and both tooth and grass are history. I counted 65 divot replacers at Royal Ascot last year.

Fewer or no false rail movements would help, to some extent, with bias. If the watering policy is changed at Randwick, the workload should be stepped up, both trackwork and race dates.

Robbie Waterhouse is a Sydney bookmaker.