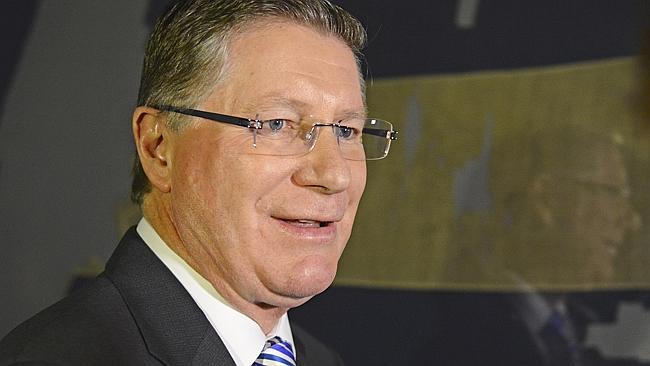 In his sights: The Victorian Napthine government has commissioned a report into the economic benefit of hunting feral species in Victoria. The report found hunting guides had been turning away potential customers paying up to $10,000 for a multi-day hunting trip in hard-to-reach areas.

The following story from Melbourne’s Sun Herald neglects to mention that the ‘rare’ sambar deer are an introduced/pest species.

A PLAN to turn Victoria into a hunting mecca, drawing tourists from around the world, is being considered by the Napthine Government.

A report commissioned by the government, due to be released today, says the economic boost of hunting in Victoria last year was more than $400 million — about four times higher than expected — and there is the potential for major future growth.

Agriculture Minister Peter Walsh has flagged the idea of wooing tourists from interstate and overseas to hunt Victorian game and pest species, telling a parliamentary committee it could create “a significant amount of economic activity in regional communities”.

New Zealand had a strong hunting tourism market and he could “see the opportunity” in the High Country and Eastern Victoria to expand hunting tourism especially for rare sambar and hog deer, he said.

The government report found hunting guides had to turn away potential customers paying up to $10,000 for a multi-day hunting trip in hard-to-reach areas.

Former hunting guide and sambar deer expert, Errol Mason said there was a huge potentially to expand hunting in Victoria.

“We have a unique species of deer, the sambar, and it is one of the hardest animals to hunt,” he said. Mr Mason said international tourists were drawn to Victoria as a hunting destination due to its political stability compared to other international hunting locations.

“We also have this wonderful high country where the deer live and you’ve got this great forested habitat to hunt in and explore,” he said.

Hunting has continued to grow in popularity, with a 46 per cent increase in the number of Victoria game licence holders in the past decade.

The report identified more than 50 towns across the state where hunting expenditure was estimated to be more than $1 million last year.

And hunting expenditure in three towns — Traralgon, Rosedale and Mansfield — was upwards of $10 million.

While most of the money comes from local hunters, a new licensing system for international hunters has made it easier for overseas hunters to pursue Victorian game such as deer, ducks and quail.

Mr Walsh said a similar report into hunting commissioned in 2006-07 estimated the money spent on game hunting was about $130 million.

“I was firmly of the belief it (hunting) would provide a significant economic benefit to Victoria and now this has put some figure behind it,” Mr Walsh said.

“The people it will attract will be high-network (sic) individuals,” he said.

“It’s not going to be a large scale operation but a quality experience which people will pay significant amounts for.”

Mr Walsh says the new Game Management Authority which will come into effect from July will allow better management of resources and explore tourism opportunities.

But Victorian Greens leader Greg Barber questioned the findings in the report describing it as “bogus”.

“Apart from expenditure on bullets, there would be the same benefit to the economy if people went on a camping trip rather than a hunting trip,” Mr Barber said.