Veteran Aussie DJ hit by truck on his birthday 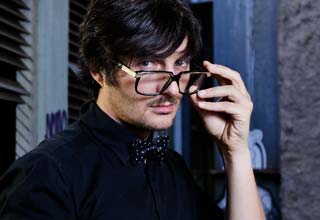 ONE of Australia’s best-known DJs, Adrian Thomas aka DJ Ajax, has died in Melbourne after being hit by a truck on his birthday.

He was a regular visitor to Far North Queensland’s clubs, performing at venues like Gilligan’s, Soho Nightclub and The Heritage, as well at Townsville’s Groovin The Moo Festival.

Victoria Police confirmed that a pedestrian died after being hit by a truck in Parkville just before 1am (AEDT) on February 28.

“It is believed the man ran in front of the northbound truck on College Crescent. He died at the scene,” a police spokeswoman said.

Thomas had been a resident DJ at Sydney’s Chinese Laundry for the past seven years.

DJ Ajax was a founding member of the production collective Bang Gang who were signed to Modular Recordings.
He also founded Sweat It Out Records featuring Yolanda Be Cool and Oh Snap.

Thomas’ label, Sweat It Out, confirmed the news and has released a statement in tribute to the influential DJ.

“We are deeply saddened to confirm the news that our dear friend Adrian Thomas (Ajax) has passed away in a tragic traffic accident,” the statement said.

“Adrian has been instrumental in shaping the landscape of Australian dance music.

“He was a hugely talented individual and was highly respected by the local and international dance music community as a pioneer and innovator.”

Electronic music artists from across the globe have taken to Twitter to express their sadness at the news, with The Presets, Boyz Noise, Bart B More, Fake Blood and Erol Alkan all paying tribute to Thomas and his career online.