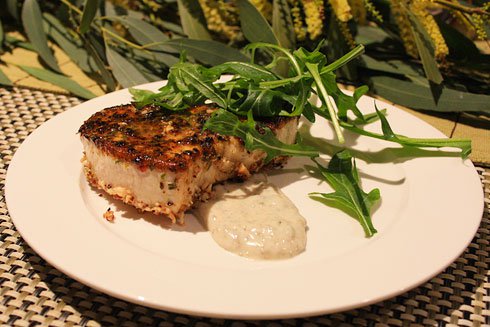 TTN note: The story about ‘fingerprinting’ Australian Cheese was found on ABC Rural, but is essentially PR (public relations). The Tourism News supports the further promotion of all uniquely-Australian products that may be used to attract/ interest tourists, so the swordfish recipe was sought to supplement the cheese story. The Psuedo Iron Chef site can be found here.

Australian cheddar may be in demand overseas, although it is yet to reach the status that has Swiss authorities using DNA to ensure that their revered Emmental and Gruyere are not being knocked off by counterfeiters.

Imitation of the highly sought after Swiss products is thought to be costing the industry around $23 million annually.

To counter this, the bacteria used is registered and only available to licensed makers.

For Australian cheese, which is developing an international reputation, the use of DNA and other forensic tools is likely to take in other ingredients and techniques used to give a distinctive flavour.

Many of the cultures used for Australian cheese are developed at the industry-backed research body Dairy Innovation, located in Melbourne’s west at Werribee.

“So we know who they are and keep track of them, so we know how they are behaving.”

The ‘hard’ cheddar cheese is in demand in Asian supermarkets because of the consistent quality and taste.

“You can tie down where a cheese is from to some degree, based on the isotopic composition of the milk that it is made from,” said Dr Powell.

“Some of the technology that crops up on ‘Silent Witness’ and some of the other forensic science programs, where you start looking at people’s bone and teeth, you can do the same thing with milk and milk products and work out which part of the world they come from.”

The growth of boutique cheese making in Australia is attracting overseas attention to people like Kris Lloyd, CEO and cheese maker at Woodside Cheese in South Australia.

With the industry still building an international profile, Ms Lloyd can’t see the need yet to track the DNA of Australian cheese cultures, although she supports the concept.

She has displayed a number of her specialised products in places such as Italy.

It was not just the dairy component of her cheese that attracted attention, but also the other uniquely Australian ingredients, such as lemon myrtle, saltbush and seaweed from Tasmania.

“I thought I would take something that they can’t have and don’t have in Italy and I had people flocking with little containers, wanting to take a little of the lemon myrtle with them,” said Ms Lloyd.

“I guess for us, in order to protect that innovation, I feel there is the need for something in place for us.

“Maybe the use of the DNA would be for the lemon myrtle, maybe not for the cheese, but for the ingredients we add.”

For the time being though, while cooking programs rate on Australian television, it is unlikely we will see a forensic program based on lab-coated researchers using DNA to expose international gangs counterfeiting Australian cheese. 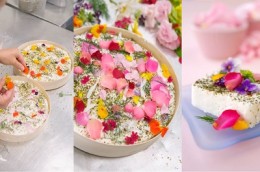