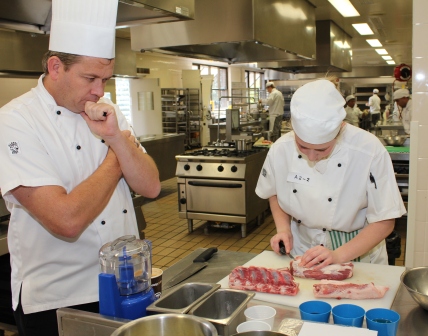 Unions will take a push to increase wages for apprentices to Fair Work Australia in a bid to stem the disastrous drop-out rate.

Unions say about 48 per cent of apprentices quit before they finish and their research suggests it is directly related to low wages.

In a joint submission unions are asking Fair Work Australia to increase wages for first-year apprentices to 60 per cent of the full-trade rate.

“We are losing many of these apprentices and the reason why we’re losing them, as our surveys show, is that in large part they are dissuaded by the low pay that they are receiving,” he said.

Mr Dettmer says many apprentices are forced to survive on the charity of their parents.

“We know that apprentices are a crucial part of the Australian economy and unless there is some kind increase to their rates of pay then we’re going to find that our skills shortage, which is already bad, is going to get worse.”

But employers say the current economic climate is too tough for a wage increase.

“Economic conditions and profits in the building industry are very dire. The industry is already laying off jobs,” he said.

“Last year it nearly shed 70,000 jobs. To simply ask for a wage increase at this point in time is simply not sustainable.”

Mr Harnisch says employers may stop hiring apprentices or lay off the ones they already have if wage costs go up.

“[It] will have a devastating impact on the employment prospects of apprentices, both those currently employed and those who are looking to apprentice having left school last year,” he said.

Australian Industry Group chief executive Innes Willox also says an increase is not on the cards.

“We have to knock this idea on the head that employers can afford to pay massive increases in pay for their trainees. At the moment that’s just not possible,” he said.