Unearthing $6.6b in tourism assets under London 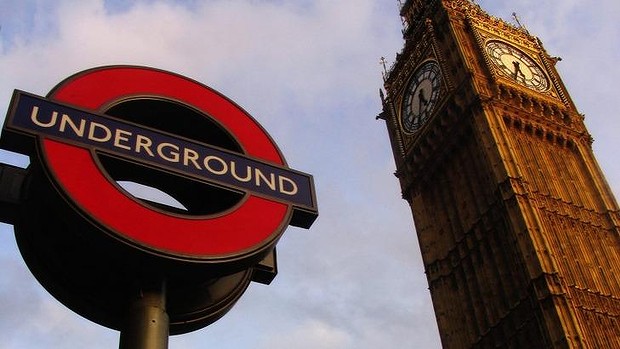 Transport for London (TfL) is preparing to invite companies to bid to transform the abandoned underground stations into a network of tourist attractions, retail hubs, hotels and museums.

It is understood that TfL will announce the beauty parade within the next month.

The public body owns 750 disused tube stops and horse tunnels. Some housed migrant workers in the 1940s and others doubled up as air raid shelters during the Second World War. It is believed to be in talks to decide whether it invites consultancies and construction firms to bid for just one site to kick-start the project, or a collection of the spaces hidden below London.

The idea to tap into the potential riches beneath the capital’s streets was first mooted in 2009 by former banker Ajit Chambers, who believes the network is worth £3.6 billion.

The ex-Barclays executive unearthed an old map of “ghost” stations five years ago and has since been working on a proposal to transform TfL’s “sleeping portfolio of assets”.

The 41-year-old entrepreneur then founded the Old London Underground Company to pursue his vision to renovate the stations, delivering revenue directly to TfL without disrupting the current rail service.

He has identified 34 possible sites, but the first phase of his plan involves 13 flagship stations, which will be converted into art galleries, nightclubs and, potentially, a National Fire Brigade museum.

Mr Chambers has four investors on board, including Duncan Vaughn-Arbuckle,the founder of Vinopolis, London’s wine museum. He has also been in talks with the Mandarin Hotel Group and West Court Real Estate – led by Vinjay Kapoor, the talent behind the Canary Wharf design.

However, TfL insists there is “no affiliation” with the Old London Underground Company and, in the run-up to the public tender, will not allow Mr Chambers to show potential investors around the site.

A spokeswoman for TfL said, “We cannot show any prejudice ahead of a public tender.”

TfL has already begun some conversions. The tunnels below Clapham North are home to a herb farm, and the organisation has signed a deal with Waitrose to run a service where customers pick up goods from lockers at Chalfont & Latimer, on the Metropolitan line.

Visitors will get a rare look behind the scenes of some of Sydney’s most iconic buildings, including the QVB’s famed glass dome, as part of Sydney Open 2014.

It may not be the tallest or oldest building to be featured in this year’s Sydney Open event – those honours go to the Governor Phillip Tower and the Mint, respectively – but the Queen Victoria Building lays claim to being one of the city’s most popular heritage spaces, despite having one of its most chequered histories.

Now its vast, domed stained glass window and copper-clad domed roof, both of which were in line for a wrecking ball in the 1950s after the council mooted razing the former marketplace to make space for a car park, are to be opened to the public as part of the biennial showcase, which will on November 2 celebrate its 10th anniversary by opening the doors to 54 architectural and historical landmarks.

Just 100 people will be allowed to tour the 1898-built dome, reached by two sets of narrow, twisting, wrought-iron steps from the shopping arcade’s top floor.

While tickets to the open day are on sale now, visitors to the QVB’s rarely-seen dome will be picked from a “golden ticket” ballot into which all “City Pass” holders will be entered.

Other new addresses on this year’s roster include the Reserve Bank of Australia, Darlinghurst’s Eternity Playhouse, the Lowy Institute and the Johnson Pilton Walker-designed additions to the heritage building at 50 Martin Place, now the home to Macquarie Bank’s headquarters.

A view of the Sydney skyline from outside the dome. Photo: Kate Geraghty

Sydney Living Museums director Mark Goggin said he hoped the day, which would be staffed by more than 300 volunteers, would give Sydneysiders new perspectives on their city.

“We’ve all done that ‘go to the tallest building in the city’ thing; that’s too touristy. Open Sydney gives people a unique chance to see what goes on in some of the city’s hidden places.”

Above all, the event is a chance for the public to indulge a highly local fascination.

Correction: The original version of this story said the additions to the heritage building at 50 Martin Place were designed by Richard Rogers.