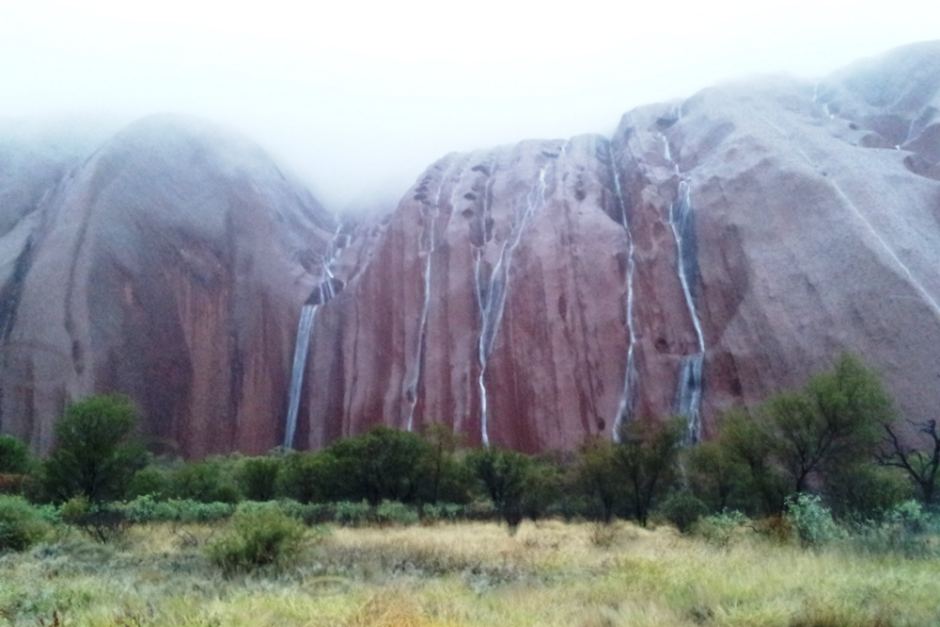 TTN: See below the April story for a January summary by The Australian newspaper on the 2013 controversy surrounding management of Ayers Rock Resort.

A prominent Northern Territory traditional owner has called on the Federal Government to leave Uluru alone.

The government has suggested it will seek commercial opportunities and economic expansion at some of Australia’s national parks.

Commercial sponsorship and the release of land for new hotels is also being considered.

A traditional owner of Uluru, Bob Randall, rejects the need for change to attract visitors.

“Just leave us alone, on our land with the way it is,” he said.

“That is the way my family, as I understand, would want it.

“There is a lot of land in other places which can be used.

“They do have enough [land] at Uluru and they have got as much money as they’ve got.

“They have got a lot more than anyone else and the people don’t benefit from it anyway, so what’s the point?”

Justin O’Brien from the Gundjeimi Aboriginal Corporation represents traditional owners from Kakadu who want a new deal on tourism.

“One that doesn’t exclude Aboriginal people but brings them in as the key stakeholders,” he said.

He says there are overseas models where indigenous communities are treated more fairly.

“We need to look at improving the yield that tourism brings to the park, and it is not just the economic yield,” he said.

“It is about non-indigenous Australians and the government yielding to the Aboriginal community the resources it needs to properly manage tourism the way they see it.”

“Everybody is losing at present through declining visitation to those parks,” he said.

“We need to find a way to reduce the declining visitation but our top priority is better economic outcomes for the local traditional owners, just as much as it will improve the budget profile for all taxpayers.

“We need to have a look at whether the accommodation offerings are of a quality that are attracting visitors, that will provide good strong revenue streams for traditional owners.

“That is not necessarily hotels these days; it is often in the form of glamping, luxury tents, those types of services.”

Support for hotels in parks

A member of the Kakadu management board says he support hotels being built in the national park.

Tour operator Rick Murray says there should be a focus on “eco-friendly” lodges in the park.

“The hotels that are out there, particularly in the busy season, are very busy and full,” he said.

“It is hard to get a room and that is reflected in prices.

“The dilemma is in the off season they are empty and losing money hand over fist but that is nothing new to our industry.”

Andrew Williams spent the past three years as the company’s chief financial officer before his appointment to the top job.

He says the resort’s Indigenous training program is moving closer to its objective of 50 per cent Indigenous employment by 2018.

We are just under 30 per cent at the moment so we have made great progress over the past few years but there is more to do,” he said.

“One of the initiatives we are looking at in the near term is developing more supervisor and manager training … growing the next generation of management for the resort.”

Mr Williams says he wants to attract more domestic business by developing the conference and events markets in central Australia.

Sacked Ayers Rock board hits back: ILC ‘may have breached law’ THE Indigenous Land Corporation may have broken the law in its public attacks on the high-powered board it sacked as managers of the Ayers Rock Resort, according to a report commissioned by the ousted directors.

The report by Aegis Consulting Group claims the ILC, as a commonwealth entity, “may have commercially damaged a federal government asset” in breach of the Commonwealth Authorities and Companies Act.

In October the ILC sacked most of the board of Voyages, which managed the resort on its behalf, including Tourism Australia chairman Geoff Dixon and international property executive Peter Barge.

At the time, ILC chairwoman Dawn Casey cited the $317 million paid for the resort in 2010 and the decision to write the value down by $62m, which followed a 30 per cent slump in occupancies after Qantas cut flights from Perth and Cairns to Uluru.

Releasing a McGrath Nicol report into the purchase of the resort, Dr Casey said last month the “ramifications of its findings for the financial and operational future of the commonwealth statutory authority are dire”.

“The current ILC board of directors believe the previous board paid well above the market value for the resort, probably at least $50m, and we now face an enormous challenge to map out a pathway forward,” she said.

The Aegis report – funded by the former board members and David Baffsky, whose chairmanship of Voyages was not extended by the ILC – rejects many of the ILC’s claims, including that the resort was trading at a loss. According to the report, obtained by The Australian, the Ayers Rock Resort in the shadow of Uluru made a cash profit of $12.4m last year and was on target to return a $14.4m cash profit this year.

Responding to the ILC’s claims that the board paid too much for the resort, Aegis said it was difficult to value such assets and normal for estimates to vary. The report also claims the new board running the resort has limited strategic tourism, resort and commercial investment experience.

Dr Casey could not be reached for comment yesterday.

New Voyages chairwoman Lisa Gay told The Australian through a spokeswoman that she had full confidence in the new board.

The Aegis report found the ILC’s public criticisms of the purchase may have commercially damaged the resort’s reputation.

“Public criticisms … may have undermined confidence in the Ayers Rock Resort among existing and potential firms wishing to enter business, investment and/or sponsorship arrangements with the ARR,” it says.

“Public actions and statements may have also reduced consumer confidence in the ARR, leading to less visitors and events and associated revenue for the ARR. Existing and potential indigenous trainees may also become disillusioned about participating in the ARR.

“If this is the case, statements and actions may have commercially damaged a federal government asset.

“Actions that damage the commercial position and reputation of the ARR may be in breach of obligations contained in … the Commonwealth Authorities and Companies Act.”

Resort occupancies fell in November and December after negative publicity surrounding the public sacking of the board members in October, according to a Voyages executive speaking on condition of anonymity.

In imposing the $62m writedown, the report found the former board directors were legally and financially bound to recognise the impact of fewer flights to the region and that the book value of assets could change up and down over the lifecycle of an asset.

“Asset downgrades often reflect difficult trading environments, such as the one being experienced by the regional and remote tourism sector,” the report says. “Asset valuations can rebound when market conditions improve.”

The report found the Voyages businesses, including the resort, employ 283 indigenous staff, which “saves the federal government about $21m annually in welfare payments and over 40 years of work the saving is about $840m”.

It said the resort could directly employ more indigenous people and at current rates would train 7400 over 40 years.

A former Voyages board member added yesterday that many of the board members sacked by the ILC had not been involved in the 2010 purchase of the resort.