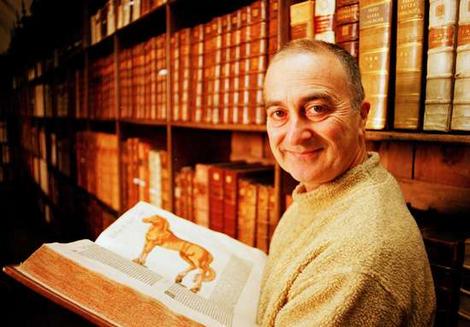 From the Launceston Examiner, 18th March 2014

LEGERWOOD’S carved memorial trees are already a well-known North-East destination for Tasmanian and interstate tourists, but they will early next year be taken to the world.

Popular television historian and presenter Sir Tony Robinson is filming a dozen Tasmanian segments for a new 10-part history series called Tour of Duty, and Legerwood was one of the places he visited.

Sir Tony said that the series would commemorate a century of military service by Australians and New Zealanders.

“My feeling is that, over the past 20 years or so, in the West, we’ve managed to find new ways of remembering, celebrating important moments in our personal and national history,” he said.

“For example, I’ve been to three funerals in the past year which were lovely – when you used to go to a funeral, you were full of dread, but now you really feel that a lot of funerals are a celebration of people’s lives.

“And to see those wonderful statues (at Legerwood), it really made me think that maybe over the next four years, towns and cities throughout the countries who experienced world wars I and II, may reinvent the whole notion of how we look back on that history and, indeed, bring it back to life.

“The Legerwood statues are a real marker to show us something about how we might do that. When those trees were to be cut down, most people had no idea what they were – now they’re going to have a much longer run of life.”

Sir Tony contrasted the vitality and emotion in the statues to all the “grey, tired memorials around the world that people don’t even look at”.