Two Australian tourists dead in the water in Fiji 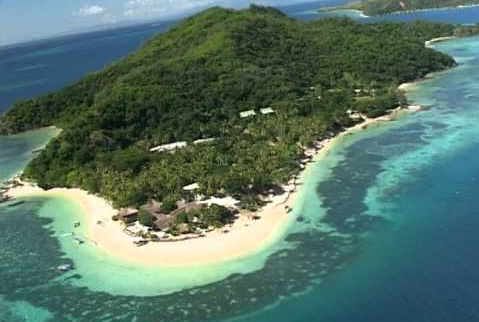 A man has appeared in a Fiji court charged with manslaughter over the death of an Australian tourist in a boat collision off the South Pacific nation last week.

Mr Hardaker was returning from a fishing trip last Thursday when a speedboat driven by Beti, a Fijian, allegedly crashed into his vessel.

Mr Hardaker was rushed to the nearby Mana resort medical centre, where he died of head injuries.

The court was told Beti was operating the boat without a licence.

He was refused bail and remanded to appear in Lautoka High Court on June 4.

Mr Hardaker was holidaying on Mana Island with hi,s family at the time of his death.

Tourism is the nation’s highest foreign exchange earner, with more than 700,000 Australians and New Zealanders travelling to Fiji annually.

Fishermen have found the body of a 36-year-old Australian man who died while snorkelling alone off Fiji’s coast.

The man’s death has been confirmed by Peter Hopgood, general manager of the exclusive Outrigger On The Lagoon resort.

He said the man had been a guest who had checked into the resort with a female friend for just one night.

Police, resort staff and local fishermen launched a search for the man when he was reported missing before 8:00pm on Saturday.

“The person in question was snorkelling late in the evening and did not return to his accommodation,” Mr Hopgood said.

The search resumed at first light on Sunday when locals from a neighbouring village found the man’s body on a coral reef, about one kilometre south of the resort and just offshore.

The body has been taken to a morgue at nearby Sigatoka for an autopsy.

The Department of Foreign Affairs and Trade (DFAT) and the Australian embassy have been informed.

“The department is aware of the death of a 36-year-old Australian man in Fiji,” a DFAT spokesman said.

Mr Hopgood has released a letter to the other guests at the five-star resort.

“The resort has made the necessary arrangements with local authorities and the Australian embassy to return the body to Australia,” it said.

“The resort’s family passes on our deepest condolences to the friends and family of the deceased.

“We request that guests refrain from entering the ocean after dark.”

It is believed the man was originally from Perth but was living and working in Melbourne.

The Outrigger, popular with Australians, is on the west coast of the main island of Viti Levu, 80 kilometres from Nadi.

Ten days ago Sydney father-of-three Mark Hardaker, 40, was killed in a collision between two boats while holidaying with his family in Fiji.