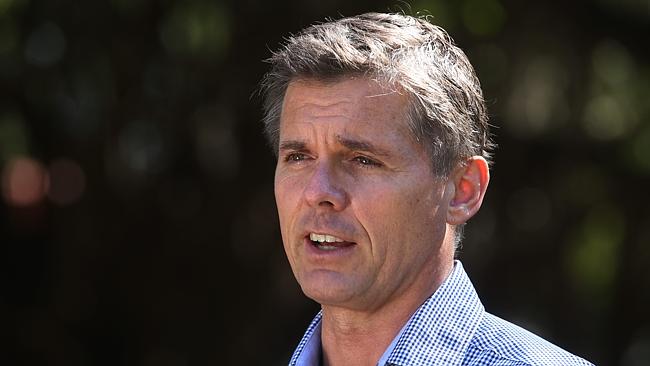 FRESH LOOK: TTNQ boss Alex de Waal reveals details of rebranding review. Picture: Stewart McLean
TTN: Tourism operators that come under the government region of Tourism Tropical North Queensland are unhappy that after fighting for a more specific phrase than ‘Adventurous By Nature’, 8 months of top-dollar ‘surveying’ and ‘workshopping’ has resulted in the similarly paltry ‘Where the rainforest meets the reef’.
The widely known, inherently paradoxical dilemma within all government-funded tourism organisations is that tourism marketing is state-funded, but each region behaves competitively toward its adjacent regions. The result is no region being allowed to be shown ‘preference’ from the government on a term like ‘Gateway to the Reef’ because adjacent regions want themselves to be considered the ‘gateway to the reef’.
Whilst regions to the immediate north and south of Cairns don’t want Cairns to own the phrase ‘Gateway to the Barrier Reef’, realistically, if the world sees Cairns as the gateway to the Great Barrier Reef, Tourism Queensland needs to fund that momentum.

What brand for Cairns? TTNQ makes decision on branding for Far North Queensland

THE Tropical North Queensland branding to lure Australians to holiday in the region is to remain.

But it will carry a new ­tagline: “Where the rainforest meets the Reef”.

“Adventurous by nature” is being dumped.

The decision to stick with the tropical moniker comes after an eight-month review and a campaign by some prominent tour operators to rebrand the region “Cairns: the gateway to the Great Barrier Reef” in keeping with its international marketing profile.

“This was done through a market review and focus groups in Brisbane, Sydney and Melbourne, and followed by market validation via a survey of target consumers.”

“Tropical North Queensland emerged as the strongest for appeal, motivation and fit.’’

Raging Thunder executive director Fred Ariel, who had been arguing for Cairns: the gateway to the Great Barrier Reef, said he was disappointed.

He said the region should have one overall brand with the focus on Cairns as the gateway to the Reef.