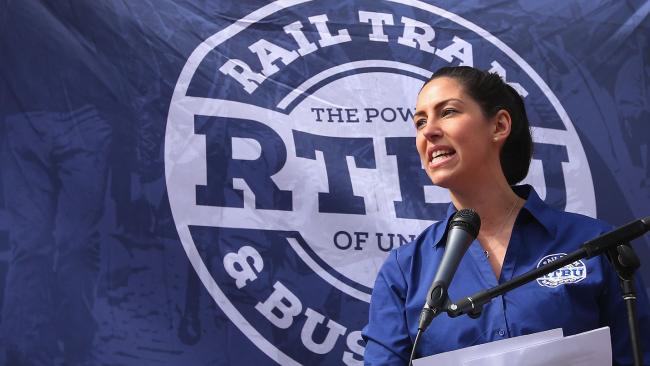 Despite at least six months of negotiations Metro and the Rail, Tram and Bus Union have been unable to agree on a new pay and conditions deal with both sides remaining firm on what they want.Train passengers are the ones feeling the brunt over the failed negotiations and have already had three days where trains were pulled off the rails in the ugly dispute.

In its latest planned industrial action, trains will come to a halt for four hours next Thursday, there will be no station skipping next Friday, no uniforms, non-reporting of late running trains, ticket inspectors won’t check tickets on Grand Final Day and a ban on driving trains that don’t have working PA systems and headlights.

The Herald Sun understands Metro and the State Government are considering to fight any planned industrial action.

While Metro and the government failed once before to stop the strike, sources now say the pair will come loaded with the full economic impact the industrial action is costing Victoria.

Tram passengers were this week spared five days of strike action when Yarra Trams and Union struck a deal on Friday night.

One of the biggest sticking points holding up a new deal for Metro staff is maintenance workers moving trains around the depot yard.

The union wants only drivers to move trains – sometimes as little as 2m to finish maintenance tasks.

Metro insiders say there are times when work cannot be done for eight hours while a driver is put in a taxi and driven to the depot to move a train.

But the union is refusing to let go of the condition claiming it deskills its workers.

Also in contention us dispute resolution clauses and splitting drivers into five groups, cutting train time down from 88 to about 40 weeks, enabling more services to run and putting more drivers on rails.

“The threats of industrial action next week are completely unnecessary. Hurting passengers and disrupting Grand Final Week is not the way to

get a good deal for members or gain the support of the Victorian public,” she said.

“If Metro is serious about getting an agreement it needs to rethink its strategy of repackaging previous offers with minor changes in the hope our members will be conned into accepting sweeping changes to their fundamental working conditions,” she said.

Metro spokeswoman Larisa Tait said: “Once again, we are disappointed the RTBU has chosen this course of action. Taking industrial action is completely unnecessary on the basis that the bargaining process is continuing, especially following a productive meeting today.”