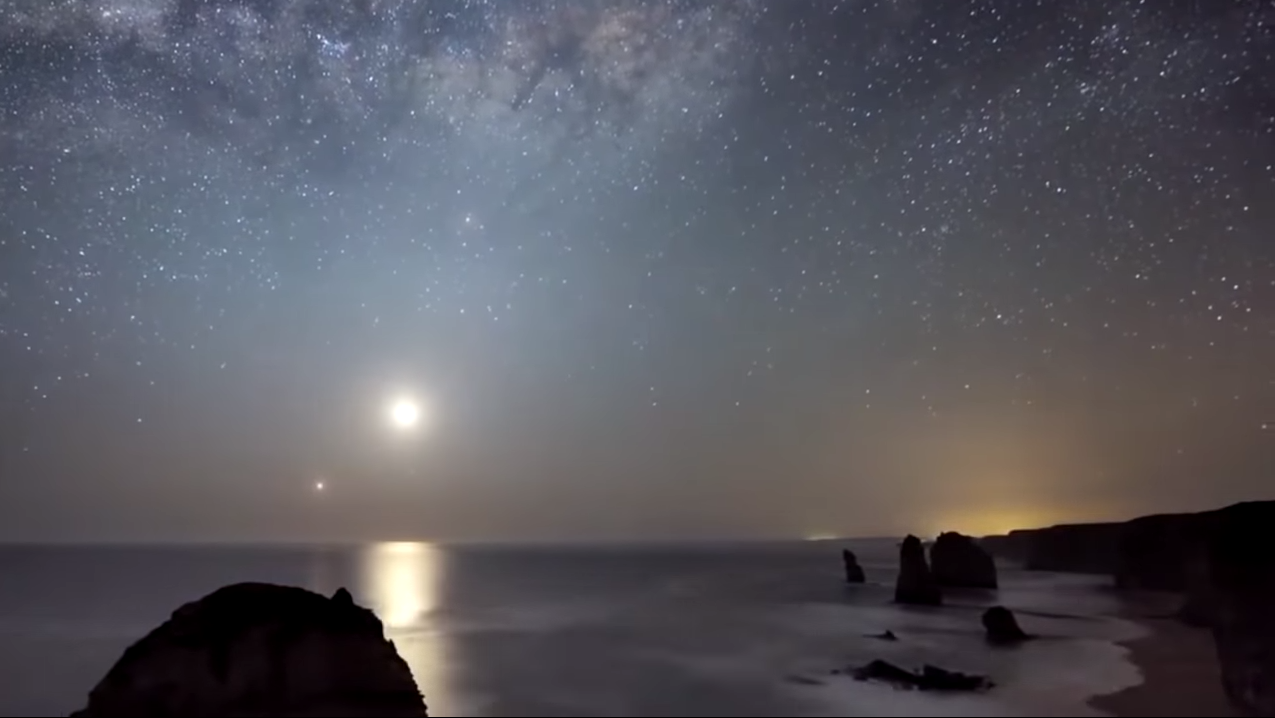 Summary by The Tourism News

The Greek National Tourism organisation has defended (and claimed copyright over) a tourism advertisement that uses footage of a unique Australian icon.

The Greek film Gods, Myths, Heroes tells the story of a New York-based writer on a journey to rediscover his love of Greek mythology.

The narrator – cast as a writer and purportedly narrated by the actual writer – compares Greek food to the relative gods of food, and relates the ‘luminous, soft’ light of the Greek atmosphere to what ancient Greeks must have experienced when they attributed their skies’ beauty to Apollo.

The Greek tourism agency and/or creative agency must have been at a loss when it came to night-sky footage though – when wanting to attribute modern understanding of the night sky’s constellations to the Greek gods, the Greek tourism agency didn’t just illegally use award-winning footage by Australian astro-photographer Alex Cherney – they also used uniquely Australian attraction The Twelve Apostles.

There is no question that after several shots of other Greek islands and beaches, the film intends to communicate that the Australian Twelve Apostles landmark is indeed in Greece.

Greek Tourism authorities are unapologetic (further details below) and as of Monday 17th November 2014, they plan to continue using the video.

The Greeks consider themselves the founders of democracy and mathematics. Now they’ve taken credit for one of Australia’s most recognisable landmarks, the Twelve Apostles.

The embarrassing blunder has been compounded by “preposterous” claims by the Greek tourism ministry that the use of the images are justified because constellations seen in the sky above the apostles on the video “carry Greek names”.

The controversy erupted after Australian astro-photographer Alex Cherney discovered that 15 seconds of footage from his award-winning time-lapse film Ocean Sky had been spliced without permission into an official Visit Greece tourism campaign video.

In Gods, Myths, Heroes, the Greek tourism board uses the footage of the night sky moving over the Twelve Apostles to depict the birthplace of the ancient Greek goddess of love and beauty, Aphrodite.

“Where Aphrodite, goddess of love, lust and kindness emerges from waves … And when the day is done, the moon and the stars paint the sky in brilliant constellations named from Greek mythology by ancient sailors navigating their way from island to island across the broad sea. As I travelled through the Greek countryside …,” the English narration says.

Mr Cherney was alerted to the copyright infringement via social media only days after Greek Tourism Minister Olga Kefalogianni launched the video at an international travel industry event.

“My video has been seen nearly 2 million times online since 2011, won some awards, and been featured as NASA’s astronomy picture of the day, so that’s probably why it was recognised,” he said.

But when Mr Cherney contacted the director of Gods, Myths, Heroes, he was stunned to learn the Greek tourism agency had since acquired a licence for the footage and planned to keep using it.

“The fact that they’re showing the Twelve Apostles in a tourism video for Visit Greece is somewhat, you would say, preposterous,” he said.

It is not the first scandal associated with the $86,000 campaign video since its released in early November.

A re-edit was required after it was revealed it included footage of the torch-lighting ceremony from the 1936 Berlin Olympics, shot by Adolf Hitler’s favourite documentary filmmaker, Leni Riefenstahl.

The controversy prompted the Greek tourism ministry to release a lengthy defence of the video. It said using a shot of the Australian coastline was a deliberate decision.

A translation of the statement said: “That almost all the world, wherever you turn around your eyes, you will meet an idea, a name, that originated from Greece. Even the skies of Australia in the southern hemisphere, explains the artistic creator, when lift your eyes open, you will see stars and constellations that carry Greek names. The mythology of the sky at all latitudes and longitudes of the Earth is Greek.”

Mr Cherney said it was a farcical defence.

Greek tourism agency EOT and Gods, Myths, Heroes director Andonis Theocharis Kioukas did not respond to a request for comment.