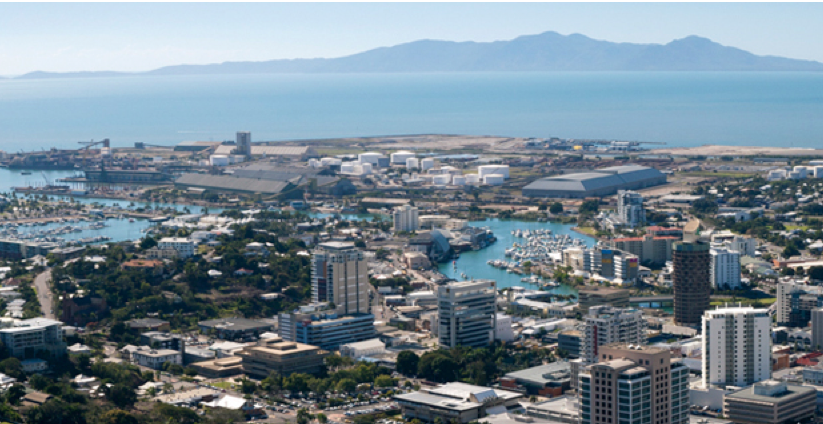 From TTN and ABC TV in early August: Transport subsidies and new airports needed to boost international tourism, experts say. The tourism industry across Australia’s north are on a media offensive to ensure airport access is a key consideration when the findings of the government’s Northern Australia white paper are handed down next month. Patricia O’Callaghan of Townsville Enterprise (pictured) says trials that waive government airport fees etc. would give regions the chance to demonstrate any regions’ capacity to develop into a major destination. (Pic excerpted from ABC TV story here.

TOWNSVILLE Enterprise is starting a national search to find a new chief executive after the board dumped David Kippin from the role on Friday.

The controversial decision to cut Mr Kippin’s contract short has forced the region’s peak economic development group to find a replacement just six months before a state election and at a time when the city has an unemployment rate above 10 per cent.

Mr Kippin’s axing came after weeks of pressure from several prominent business people who were concerned about the direction of Townsville ­Enterprise under his leadership.

Townsville Enterprise chairman Kevin Gill, who will remain in his role. said the board had already begun the search but wanted to ensure the right person was appointed.

“The search for a new CEO will commence immediately,” he said.

“The process will be very thorough but it’s important we have someone that is apolitical.

“But we will not be rushed into making a quick decision. This is one of the toughest jobs in this city.”

Mayor Jenny Hill, who is deputy chair of Townsville Enterprise, said the board would be meeting soon to discuss the recruitment process.

“We would be looking for someone with good knowledge of community engagement and who is comfortable dealing with high-level politicians,” she said.

The Bulletin understands there are mixed views among TEL members about whether the organisation needs to hire a North Queensland local or bring in a qualified outsider.

General manager of tourism and events Patricia O’Callaghan will take over as acting chief executive until a permanent replacement for Mr Kippin is found.

Mr Gill said Townsville ­Enterprise needed to refocus to ensure it delivered for the ­region.

“It’s probably fair to say that TEL tries to be many things to many people and its about slimming down, perhaps, less is more,” he said.

“The key focus we see is about maintaining jobs in this city.”

Despite having being axed from the role, Mr Kippin said it was a privilege being Townsville Enterprise’s chief executive.

“I did my best to bring Townsville and North Queensland, not only to Australia, but to the world in my efforts to advocate in China and Korea with our sister cities,” he said.