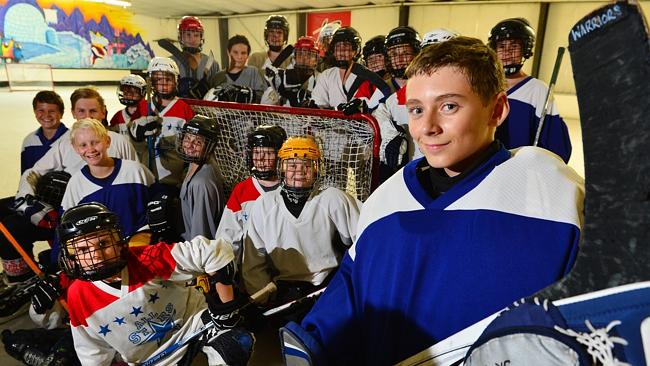 From the Townsville Bulletin, 2nd April 2014

TOWNSVILLE’S only ice skating rink has been saved and will get a makeover as the owners pledge to back a newly formed ice sports association who plan to take over.

Warrina Ice Rink management have guaranteed to keep the centre open and refurbish it as the Townsville Ice Sports Association prepares to take over.

The rink’s long-time managers announced plans to retire in February, triggering the rink’s owners proposal to hand the facility to council as it searched for new management.

Council declined, but ice sports clubs who use the rink have joined together to take over operations.

“We’re just supporting them at the moment, giving them every opportunity to hold events and get things together,” rink owner Donald Peel said.

“We’ve extended any future plans with them in regards to the operation of the rink so there’s no chance of closing,” he said.

“We also hope to reconfigure the ­inside of the rink over the next few months, just so we can suit the ice sports group activities that the rink holds.

“The clubs are helping out where they can and we’ll continue to make sure everything is in good working order.”

The association encompasses figure skating, learn-to-skate, ice hockey and broomball clubs, which together bring more than 300 people to the rink a week.

“When we looked at the financial side of it, that concerned us greatly, so we ­expanded our thought processes and said we have to think of this as a community hub and what other community purposes this place could serve,” Ms Chapman said.

“When you look at some of the UK models of co-operative ownership of shops we realised we could make it more sustainable and give it more ownership by the community,” she said.

“I think the majority of the group is feeling very positive that it would work.”