Tourists’ family not letting QLD Police off the hook 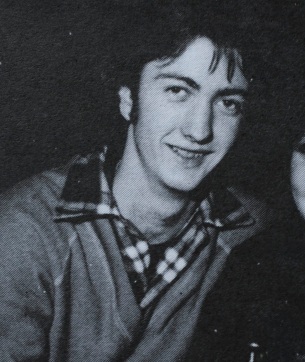 Hunt for son was `flawed’

From the Townsville Bulletin, 15th April 2014

THE family of missing hitchhiker Tony Jones, who disappeared 31 years ago, have slammed the police investigation as flawed and criticised detectives for keeping them in the dark.

But lead investigator Detective Acting Superintendent Cheryl Scanlon said the family had been provided with regular briefings and the investigation was still ongoing.

Tony’s brother Mark, said Townsville detectives had shut them out of the investigation despite the family having intricate knowledge of earlier inquiries.

“We have pleaded with the police to keep the family informed and to work with them,” he said.

“The way the family has been left in the dark has taken us back 31 years to the darkest days of our lives.

“The police back then told us to go home and they would do everything they could and would keep us informed.

“We went home to a phone that simply never rang.”

“They won’t be involved in the investigation, that’s my job,” she said.

“This is a coronial matter and an ongoing homicide investigation. They are being briefed by me and in an appropriate manner.”

The last confirmed sighting of Mr Jones, 20, who disappeared while hitchhiking between Townsville and Mount Isa, was at a phonebox in Townsville on November 3, 1982.

Mr Jones said failed promises of fresh leads had been heart-wrenching for his elderly father.

“My 89-year-old father is as distraught as I have ever seen him,” he said.

“After being idle for 30 years and leaving us to do our own investigations, police now have fresh leads and are telling us it’s none of our business and they will take it from here.

“They wouldn’t have even known where to start in this case had we not handed them so much information that we’d gathered from our own efforts.

“It would be the greatest comeback of all time if the police were to solve this case now given the bungling of the previous 30 years.

“I can only hope this case is examined in universities and police training centres and that lessons are learned from it.”

The family will also be asking the State Coroner to continue with an inquiry.