Tourists’ driving in the spotlight 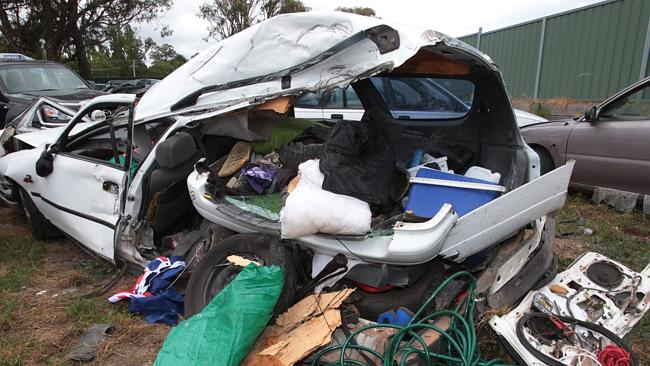 A FRENCH tourist is dead, two are in hospital and another is facing criminal charges after a crash near the NSW-Queensland border.

Police say the male backpackers were looking for work grape picking when they set out in their station wagon from Stanthorpe, Queensland, on Tuesday afternoon.

They drove down the New England Highway and a few minutes later the 25-year-old French driver went to turn into a property on the opposite side of the highway.

Officers says the station wagon turned into the path of an oncoming truck, which slammed into the side of the car.

A French passenger, 24, was killed on impact.

The station wagon driver and the other two passengers, aged 26 and 29, were rushed to three different hospitals, all in a serious but stable condition.

The truck driver and passenger were uninjured.

Senior Sergeant Phil Percy went to the scene and says the crash was likely caused by a momentary lapse of attention.

“They were looking for a farm to work at they’ve gone ‘look at this place’ and then bang. There’s nothing complicated in these things, that’s how fast it happens,” he told the Courier-Mail. “Devastation-wise it’s right up there with the worst car crashes I’ve seen.

“When I turned up there I just thought: ‘What another waste of life’.”

The French driver has since been released from hospital, but he’s been charged with dangerous operation of a motor vehicle causing death.

He was forced to hand over his passport and is due to appear in the Stanthorpe Magistrates Court today.