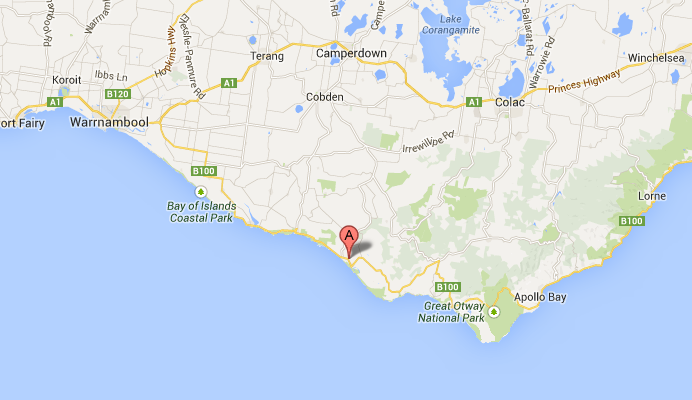 From the Warrnambool Standard 29th January 2014

A CHINESE tourist who crashed head-on into a ute after he crossed double lines to overtake along the Great Ocean Road with seven members of his family in his car has copped a $1500 fine.

Police alleged that on Monday at 6.50pm Jie was driving a silver Hyundai west along the Great Ocean Road near Princetown.

He crossed double white lines to overtake another vehicle and collided head-on with a utility heading east.

Acting Sergeant Dean Owen said the driver of the ute was taken to hospital but made a remarkable recovery and walked from hospital.

Jie has a Chinese driver’s licence, traffic was light and the accident happened in a 80 km/h zone.

Police said Jie attempted to overtake on a 200-metre straight stretch that had blind comers at either end.

He told officers he had just taken a chance in overtaking as he wanted to get to a motel as quickly as possible because his mother was feeling ill.

He said Jie had taken a chance and in doing so lost control of the situation.

The magistrate said it was fortunate the other driver appeared to have not suffered any permanent injuries.

Defence counsel Amanda Chambers said Jie and his family were all badly shaken by the accident.

They will fly out of Australia early next week.