Tourism WA is Goliath in Battle of Scarborough 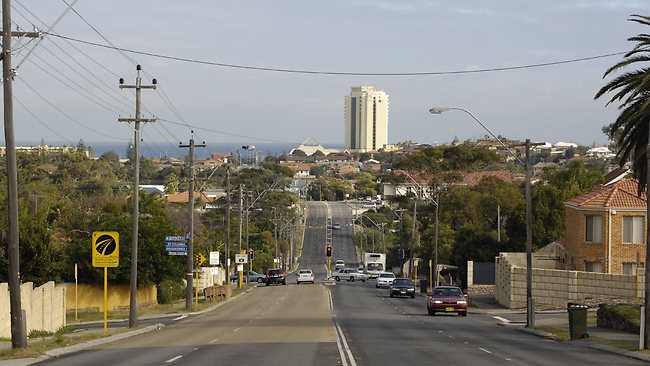 TTN: Tourism WA have started a PR campaign against the people of Scarborough WA. At the beginning of 4 years of government-endorsed development, this article from PerthNow.com.au (News Ltd.) touts a beach revamp – but doesn’t mention locals’ ongoing protests.

TOURISM WA can’t wait for the day when Scarborough is a thriving hub of bars, cafes, restaurants, accommodation and events.

Chief executive Stephanie Buckland, who will be on a redevelopment committee set up for the area said a just-announced cash injection to kick-start the revitalisation was fantastic news for the tourism industry.

‘‘Scarborough is an important beachside tourism precinct,’’ she said.

‘‘It is regarded as one of Perth’s iconic beaches, an attractive venue for hosting events such as the 2014 Australian Surf Lifesaving Championships and it has the highest concentration of accommodation in the metropolitan area outside of the CBD.

‘‘Tourism WA would like to see Scarborough Beach reach its full potential as one of the state’s most successful tourism precincts, with a range of mixed-use, short-stay accommodation, attractions, bars, cafes and restaurants, amenities and events.’’

State Government redevelopment plans for Scarborough are just the ‘‘icing on the cake’’ for investors, a local expert says.

Momentum Wealth managing director Damian Collins has ‘‘put his money where his mouth is’’ on that score, with the purchase of development sites.

The Government announced last Tuesday that 100ha of Scarborough gets a major revamp in the next four years.

A hundred hectares of coastal land would be redeveloped, with $30 million of the cost coming from the Government and $27 million from the City of Stirling.

‘‘It’s like Bondi was. It’s close to the city, but it’s considered the poor cousin of its neighbouring suburbs. But it has one of the best beaches in Australia.’’

Mr Collins said the area needed a facelift and property values would not rise overnight with the redevelopment plans.

‘‘Any State Government money going into improving amenity will attract more people – look at the Metropolitan Redevelopment Authority development in Subiaco,’’ he said.

‘‘I wouldn’t be investing based on this proposal alone – it was a bit vague.

‘‘It’s just another potential upside to investing in the suburb. It wouldn’t swing our investment decision.’’

The Scarborough properties Mr Collins recommends for investors are blocks with older houses for development potential, or units and villas in small, well-run strata complexes, as wear and tear tends to be greater by the coast.

He said investors should look at properties within walking distance of the beach.

The area’s redevelopment, announced by Premier Colin Barnett last week, will stretch 1.5km along the coast and 800m up Scarborough Beach Rd and will increase density.

The MRA will ‘‘consider building heights in its review’’ of plans for the area.

The public will be able to comment on what they would like to see for the area at a new Metropolitan Redevelopment Authority office at Scarborough Beach.