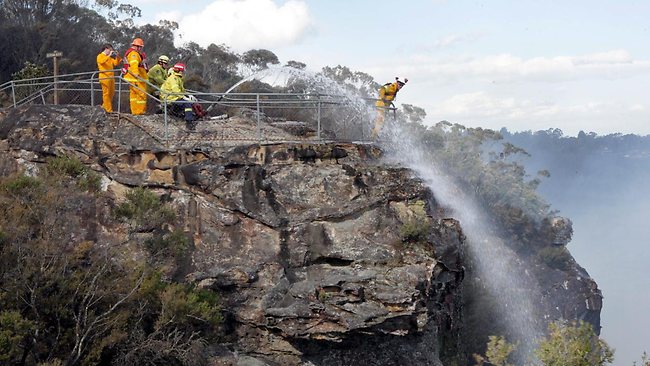 More funding has been announced to help the Blue Mountains community recover from last October’s bushfires, amid criticism that the team hired to coordinate the relief effort has been disbanded.

The New South Wales Minister for Police and Emergency Services, Mike Gallacher, says an extra $1.8 million in state and federal funds has been made available.

The money is on top of the $11 million provided to support the initial clean-up from the fires that destroyed more than 200 homes in the region.

Some of the new money will be spent on a tourism campaign to draw visitors back to the area.

“There’s also money coming into [the Blue Mountains] council to put on some additional staff to enable them to deal with no doubt some of the pressures that will come once the rebuilding process starts in that area,” Mr Gallacher said.

Mr Koperberg was appointed to the position last October, before the fires had even been contained.

The Blue Mountains Mayor, Labor’s Mark Greenhill, is alarmed at the departure, given the council must now take over.

Photo: Phil Koperberg says he was still being contacted for assistance this week. (News Online Brisbane)

“As of 5pm today the state recovery process finishes, yet we do not have the funding or the positions we’ve been told by the state government we would have to take over the process,” he said.

“My understanding is that they’re working hard to get that funding through and I appreciate that very much.

“But right now, today, we are supposed to be taking over a recovery process with zero funding and zero positions and that is not an easy position for a relatively small local government authority to be put in.

“As of this afternoon there will not be a functioning recovery process.”

Mr Koperberg himself has expressed reservations about his departure after a number of small extensions to his contract.

“Even as recently as yesterday I still had residents coming in over issues which they have been unable to resolve,” he said.

He says the biggest issue is insurance shortfalls for those who lost their homes in the fires, ranging from $80,000 to $200,000.

The former commissioner says he has been asked by the council to stay on in a part-time capacity to help residents.

He does not expect rebuilding to start for another six months.