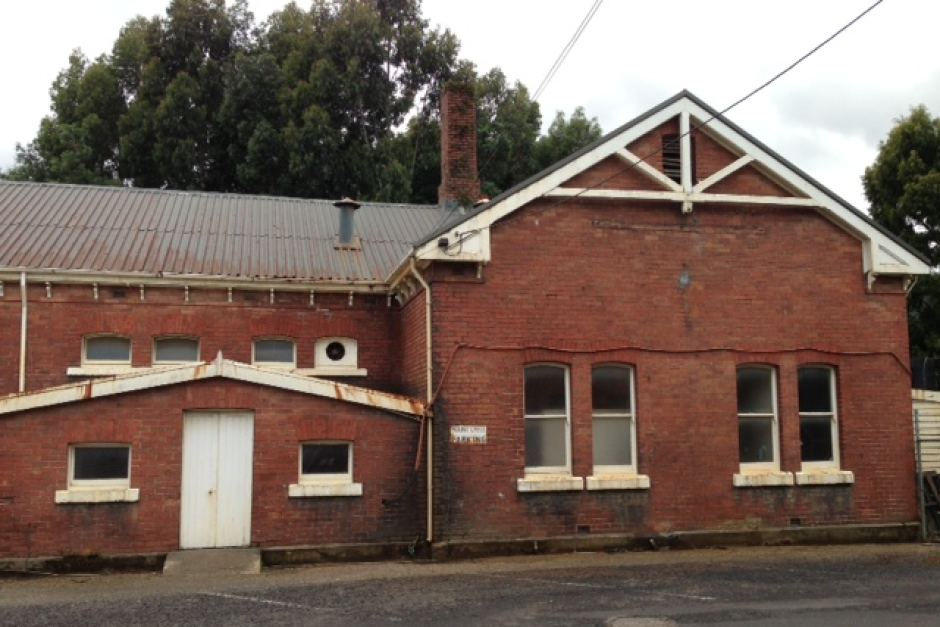 A project in Queenstown on Tasmania’s west coast is aiming to boost tourism while giving residents a chance to learn valuable skills.

The historic Mount Lyell Mining and Railway buildings have been ravaged by time.

There are now plans to transform the deteriorating and neglected centre into a tourist attraction.

“The stories that can be told around this place are phenomenal, we’re not capitalising on any of that,” he said.

Project organisers also plan to transform an adjoining building into a skills centre.

Training coordinator Ingrid Paul says there is a lack of education beyond Year Ten in Queenstown, forcing residents to leave.

“Having a training centre locally we could actually train people here and have a locally trained workforce ready for our industry.”

They are trying to raise funds to get the project off the ground.

The depression support group Beyond Blue has been alerted to several attempted suicides in the Tasmanian town where there have been three fatalities at the local mine.

Production has been suspended at the Mount Lyell copper mine since the death last month of an underground contractor.

In December two men died after falling down the main shaft.

Beyond Blue Jeff Kennett is calling for immediate action to help those affected.

Mr Kennett says he has received an email from the West Coast Mayor alerting him to the problem.

Mr Kennett was speaking at the launch of the Tasmanian Liberals’ suicide prevention policy.

Mr Rockliff says it is the leading cause of death for Tasmanians aged between 15 and 45.

“The $3 million we’re investing is going out the door to community organisations that have been involved in developing what is a comprehensive suicide prevention strategy for Tasmania,” he said.

“It has been massively underfunded.”

But he says support is already being offered after the mine fatalities.

The mine’s operators offered counselling to workers after the three deaths.

Anyone needing support is urged to call Lifeline on 13 11 14.

Following three deaths within six weeks at the Mt Lyell copper mine in Tasmania mental health professionals are concerned the psychological knock on affects will rip a gaping hole through the site’s workers and the local community.

CEO of the Australasian Centre for  Rural and Remote Metal Health, Jennifer Bowers told Australian Mining after a critical incident the flow on affects have the potential to be significant.

“It’s a bit hard to know where to start but after any critical incident especially on including death, there’s a huge ripple effect,” she said.

“Particularly in a small community where everyone knows everyone.”

Bowers explained that some people can be more susceptible to falling into the depths of mental health than others and dealing with the fall out is extremely important.

“Everyone – not just the miners but the community at large needs to learn the warning signs,” she said.

Bowers explained symptoms can include feeling sad, distressed, detached, and can manifest in sleeping and concentration issues.

“It can compound into a real problem weeks and even months afterwards,” she said.

The ABC today reported depression support group Beyond Blue has been alerted to several suicide attempts in the mine’s township of Queenstown on Tasmania’s west coast.

With reports the mine will now be shut for some time, Bowers said she isn’t surprised mental health issues are beginning to spike.

“People’s livelihoods are being threatened, there’s a great deal of uncertainty and mounting pressure on local families,” Bowers said.

“The knock on affects are very serious and need to be taken seriously.”

The mine’s owner Copper Mines of Tasmania have made counselling services available to anyone who needs them.

But Bowers said more needs to be done to rebuild the community.

“There’s no point just putting counsellors on site, their needs to be structure and support in place to work through the issues,” she said.

Mechanisms include implementing independent early intervention programs to identify any mental health risk on site and tailoring toolbox talks to address looking after a miner’s state of mind.

Bowers said poor mental health can often be a silent and unrecognised risk to mine site safety.

“In general one can say one if one is not concentrating on the job the risk of having incidents is higher,” she said.

“Safety is at risk.”