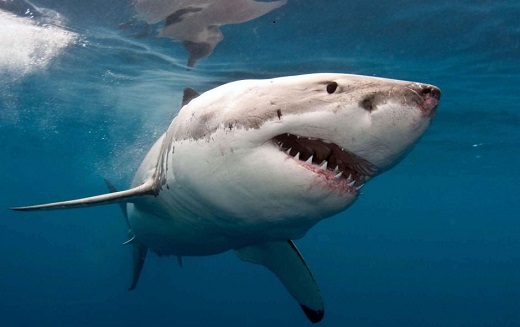 Tourism operators at popular beaches in Western Australia are welcoming a new plan to kill sharks that threaten swimmers, but there has been a mixed reaction in the wider community.

The State Government will set up baited drum lines and create two monitored zones in popular swimming areas. Commercial fishers will be hired to catch and kill sharks bigger than three metres that enter these zones.

The decision from the WA Government comes after six deadly attacks in two years.

Keith Halnan, who runs a surf school at Redgate Beach, says six fatal shark attacks in the past two years have scared tourists away.

“We don’t expect not to have any attacks but the frequency is just ridiculous,” he said.

Mr Halnan says the tourism benefits should come before the sharks.

“It’s people need to realise they’re not going to out wipe out great whites or anything like that – I put a higher value on human life I’m afraid,” he said.

“I think over a period of time hopefully these fatal attacks lessen and this will become a distant memory and it’ll be business as normal for our tourism industry.”

But not all surfers agree with the new approach, and opponents of the plan made their voices heard outside the state parliament yesterday.

Ellen D’Cruz, who surfs at Perth’s City Beach, says she knows the risks of sharing the water with sharks.

“I’m always aware of them when I go in the water, but it’s never going to stop me going surfing or going to the beach because that’s where I want to be,” she said.

“I want to be in the ocean. And I’m going into their home and I know that I would never want to kill them for it.

“That’s the risk you take when you go in the water. You know that’s their home and you can’t take that away from them.”

The WA Government insists this is not a culling policy, but shark expert Christopher Neff disagrees.

“The design of drum lines is to cull shark populations,” he said.

“So bated drum lines are a culling measure just like shark nets are. And so it’s really erroneous to suggest that you can have one without having the other.”

Meanwhile, the New South Wales Government is investigating the use of drones to scan the water in an attempt to reduce shark attacks.

A spokeswoman for the Department of Primary Industries has confirmed it is exploring the use of the military-style devices, but that the project is commercially sensitive.

Surf Lifesaving Australia has been conducting a drone trial on Queensland beaches, not to search for sharks but to help spot swimmers in trouble where lifesavers are not available.