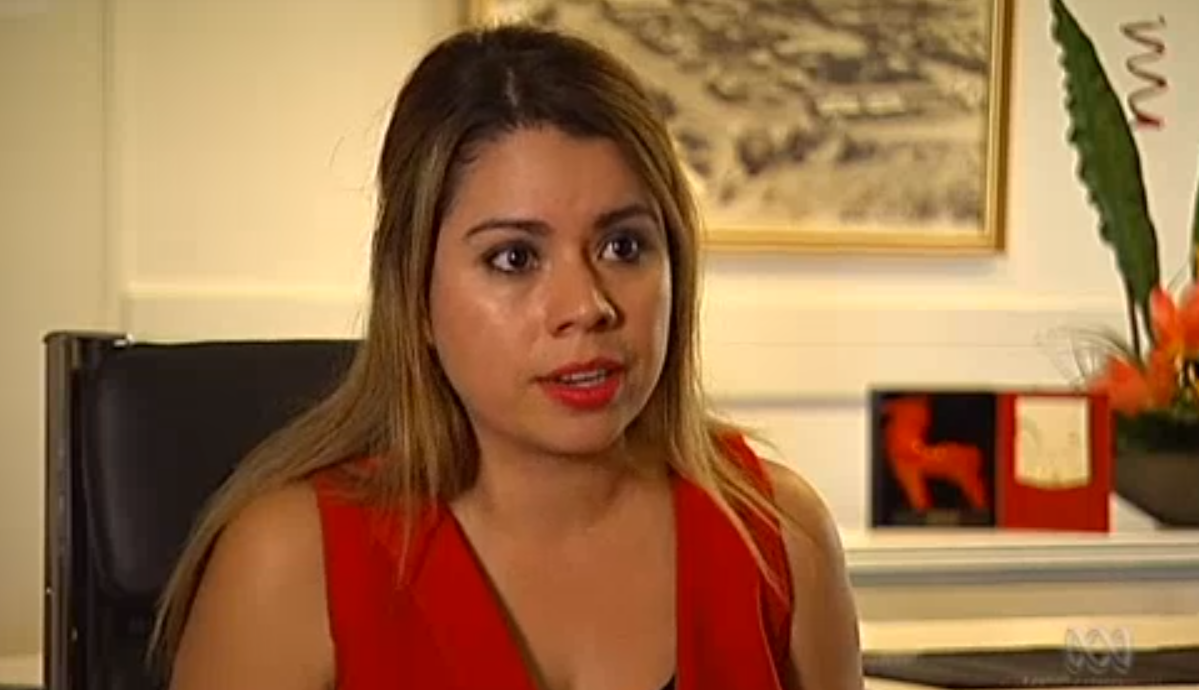 TTN: The tourism industry across Australia’s north are on a media offensive to ensure airport access is a key consideration when the findings of the government’s Northern Australia white paper are handed down next month. Patricia O’Callaghan of Townsville Enterprise (pictured) says trials that waive government airport fees etc. would give regions the chance to demonstrate any regions’ capacity to develop into a major destination. (Pic excerpted from ABC TV story here.

The Federal Government has set a goal of developing northern Australia with the hope of eventually attracting 2 million international tourists a year to the region.

A joint select committee on northern Australia is due to hand a report to Parliament next month.

The country’s north is home to seven World Heritage sites, including the Great Barrier Reef, Kakadu National Park and the wet tropics.

But tourism advocates have warned the region is also regarded as a high-cost and low-access destination.

Currently, Darwin and Cairns are the only northern airports that receive international flights.

Patricia O’Callaghan from Townsville Enterprise said the Federal Government needed to improve access to the north.

She said the region’s tourism growth would struggle unless airport fees were waived.

“Governments waiving some fees associated with Customs and Immigration will give us the opportunity to have those negotiations with airlines,” she said.

“To do a short-term waiver for some of these fees that are inhibiting these discussions around international air access, will give us the platform to build on international visitors into northern Australia.”

A spokesman for Trade and Investment Minister Andrew Robb said the Government had an ambitious trade and investment agenda that included attracting investment to northern Australia’s tourism sector.

“The development of northern Australia, including aviation development, is a whole-of-government strategy,” the spokesman said.

“We believe the future for cities such as Townsville is very bright and through the commission of the northern Australia white paper — we are actively seeking views from stakeholders and industry on how we can unlock further opportunities in the north.

“Profitable industries already in the north have a strong role to play in the development of the region and can be leaders in partnering with government to promote further investment.”

“The easy access in terms of fares and arrival points is something we need to continually work on,” he said.

“Ultimately in 20 years’ time I think we can certainly envisage multiple international airports in the north, ultimately three or four Queensland coastal destinations.”

China has overtaken the United Kingdom as the largest source of overseas tourists to the north.

Professor Pearce has studied Asian tourism and said Australia was yet to realise the potential of the Asian market.

He said the Government could take advantage of a desire for environmental experiences.

“We are talking about 100 million outbound Chinese tourists in 2015,” he said.

“If the north of Australia can get a small percentage of that, then that’s a significant boost, a game-changing boost, if you like, to northern Australian tourism.”

“We’ve had our biggest year we’ve ever had this year and we’ve grown every year since 2006,” he said.

“We’re a floating museum essentially so why wouldn’t it be interesting to come here and see something that essentially no-one else has got?”

The Government has also flagged an interest in developing Indigenous tourism as a niche market that cannot be found in southern parts of Australia.

Councillor Lacey said tourists have told him they want to be able to interact with traditional culture in a remote setting.

“Cruise liners take Australians to Vanuatu and Fiji to do things like that,” he said.

“The tourism industry at the moment is missing the Indigenous experience.”

He shared tourism operators’ concerns about a lack of access across the north.

Councillor Lacey said he hoped there would be some strong plans for developing tourism in the north when the joint select committee handed down its findings next month.