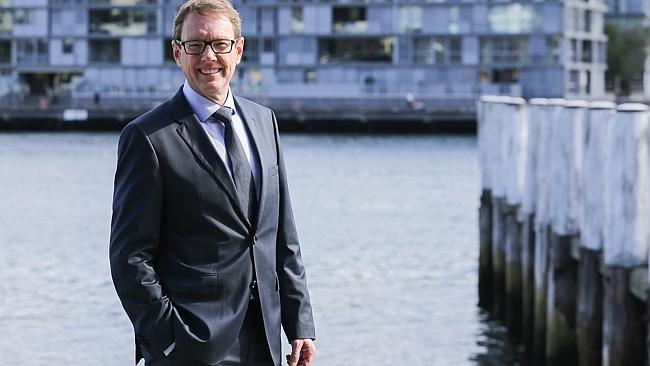 TTN: SeaLink, the operator of the Kangaroo Island Ferry and many other tourism-focussed ferry services around Australia is hoping to secure Sydney’s Manly ferry route and develop Manly tourism packages on the back of the service. Featured in this Tourism News aggregation is an article from 2010 by the then-Member for Manly Mike Baird complaining about the ferry service. Mike Baird is now the Premier of NSW.

SeaLink looking at Tiwi Islands, with $30m to spend

CASHED-up transport and tourism group SeaLink wants to expand its operations by winning more government work as well as opening up remote areas such as the Tiwi Islands off Darwin.

“We have $30 million to spend,” said SeaLink chief executive Jeff Ellison, who is also intent on picking up more tourism assets.

“We have a very strong balance sheet, we have low debt, we are positioning ourselves so we can grow through acquisition. We have the funds available (and) traditionally we have acquired assets through operating profits and cashflow.”

SeaLink raised $16.5m via a listing last year after bolstering its assets with the 2011 purchase of Captain Cook Cruises’ Sydney Harbour fleet as well as the Murray Princess paddlewheeler on the Murray.

The Adelaide-based company operates 25 vessels in South Australia, NSW, Queensland and the Northern Territory as well as a fleet of coaches, and employs more than 650 staff. It recently won a three-year contract with Sydney Ferries to provide services to Parramatta and Sydney’s inner harbour and is hoping to win another government tender to supply high-speed ferry services from Circular Quay to suburban Manly that will soon be up for tender.

If SeaLink wins the Manly ferry contract, it will buy more ferries, which the company has built in Tasmania with a 26-week turnaround.

“We are looking for companies where we can see opportunities to grow them and use our expertise, but most importantly they (must be) companies that go to a destination where we can sell and package up (tourism products) both locally and internationally,” Mr Ellison said.

SeaLink believes the Tiwi Islands will become a popular tourist destination because of the art, wildlife, waterfalls and fishing there.

“It’s both up-market as well as adventure tourism. We operate three days a week to the Tiwi Islands. We can see potential working with someone to develop accommodation and tours on the island.”

But Mr Ellison, SeaLink’s second largest investor, concedes the company has copped criticism from the high cost of providing ferry services to Kangaroo Island, off Adelaide.

Passengers are charged $49 one way for the 45-minute trip and cars cost $92 one way plus a charge for the driver.

“We operate ferries in Northern Territory, Queensland and Sydney that are subsidised,” Mr Ellison said.

“ We don’t get any subsidies to Kangaroo Island. We pay high council and state government wharfage charges. It is a particularly rough stretch of water, the vessels are designed specifically and so they are expensive vessels, (but) we can guarantee reliability in pretty well all weather.’’

“On that route we have had seven competitors and they have fallen by the wayside.”

The first year of privatised ferries has resulted in cancellations, collisions and soaring prices, despite an O’Farrell government promise that ferry services would improve.

Ferry cancellations rose 25 per cent and by 50 per cent when bad weather was excluded after Harbour City Ferries took over a year ago, government figures show. The Manly route, which carries 40 per cent of all ferry passengers, has been the worst hit by falling performance.

Adding to frustration for Manly commuters, passengers on this route face a 39 per cent price rise from September, with weekly tickets costing an extra $884 a year.

Manly cancellations adjusting for bad weather have leapt 73 per cent, and delays have increased a third. Passengers have voted with their feet, as numbers fell 13,980 compared with the previous year.

”Due to the secret nature of the $800 million contract, ferry commuters and the NSW taxpayer do not know what action, if any, the O’Farrell government is taking to arrest the decline in service under the private operator.”

There have been five ferry collisions in the past year – there were none in 2011-12. Customer complaints have risen across the ferry service, from 3.3 per cent to 4.2 per cent.

Fares for all ferry passengers will rise by at least 25 per cent from September.

Sydney Ferries was barred from tendering for the $800 million, seven-year ferry contract, yet it appears the government services were more reliable than private contractor Veolia Transdev.

Manly commuter Courtney Henderson said the 39 per cent rise for weekly tickets would force workers off the ferry and on to the roads, worsening traffic congestion on Military Road.

He has written to Transport Minister Gladys Berejiklian complaining that the price increase appears to be ”designed only to improve the profits of Harbour City Ferries”.

Ms Berejiklian said the ferry service had had record patronage under the new operator, with about 15 million customer journeys recorded over the year. ”More people are loving using Sydney Ferries services on Sydney’s world famous harbour, and the government expects Harbour City Ferries to continue working to improve customer service,” she said.

”The government has already added 165 ferry services and will add 50 more later this year.”

”Harbour City Ferries’ on-time performance was 99.1 per cent; an improvement from 98.8 per cent on the previous year,” he said.

But Ms Sharpe said: ”Passengers are getting a raw deal because of the O’Farrell government’s decision to privatise public transport services.”

Cancellations across the service rose from 495 to 621. Manly cancellations doubled to 229. Manly also had 176 fewer services in the year.

TTN: Mike Baird was the Member for Manly at the time this article was first published. In 2014, when this article is being republished by The Tourism News, Mike Baird is the Premier of NSW.

IF IT ain’t broke, break it. It is a pretty good sign the community is fired up when several hundred people choose to email the Transport Minister after they clock off for the Christmas break. I know this as I received copies of their passionate pleas not to break the only transport service that is working in the state.

The recent decision by the NSW Labor Government to award the Manly fast ferry contract to a new company is a good example of why this state is in such a mess. I am not having a go at the new operator, and indeed we all wish them all the best in delivering the best possible ferry service, but the tender has ensured that the odds are stacked against them.

The State Government in its wisdom decided the best way to run this tender was to ask every bidder to name the highest possible price they would pay for wharf access. In other words, the critical requirement was whoever offered the largest up-front payment to the Government. This company would then be rewarded with the right to run the service for five years.

Fresh in many minds is the decision to use infrastructure to raise revenue through the Lane Cove Tunnel and Cross City Tunnel. Well, if you don’t remember, the game goes like this: the Government takes large amounts of cash from the operators, this then pushes up the costs of the project paid for by higher tolls from unsuspecting commuters and finally results in barricades being erected in our streets to force as many as possible to pay the inflated toll price.

With the Manly fast ferry contract we see history repeating itself. The cash registers in Macquarie Street are again ringing with revenue claimed over any form of community interest.

It is not without irony that the current private operators of the Manly Fast Ferry have had patronage grow by 47 per cent since the JetCats were last running, compared with Sydney Ferries for which patronage grew by close to 2 per cent. At the same time Sydney Ferries last year had a cancellation just over one every 16 services compared to one every 2000 services for the private operator. In terms of comparison they have exceeded their only competitor at every turn.

So what did the current operators do wrong? Well, they didn’t pay enough for wharf access and the commuters will now have to start paying this back. This is before you add in the $7 million per annum the State Government is saving by axing their service in the first place.

So there we have it – Government in NSW is about raising revenue by any possible means and forgoing community interest in the process.

So what would the Opposition do differently? We would issue tenders on the basis of the best community outcome. It would be the lowest possible fares, best possible service and newest vessels – not cash to Government.

And we would promise not to jeopardise a service just because the private sector was running it a bit better than we ever did.

Mike Baird is the Member for Manly