Tourism asset used as a pawn 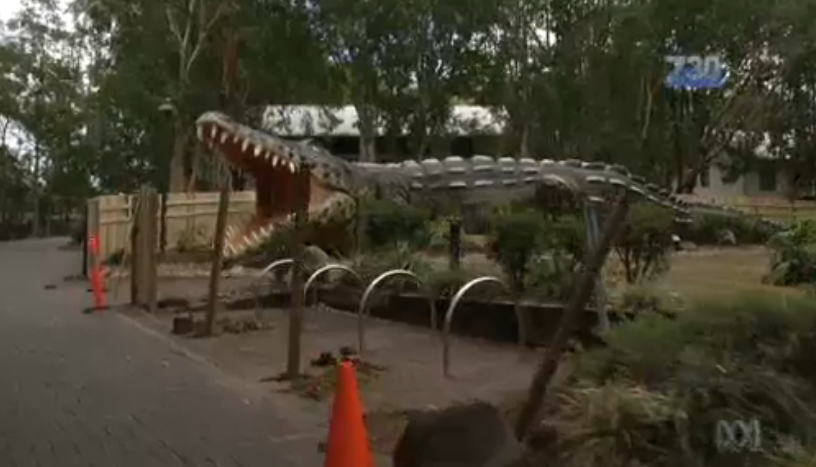 TTN: Clive Palmer’s assets have been under scrutiny, and the ABC’s 7.30 are questioning the validity of all his investments. The Palmer Coolum Resort on the Gold Coast is proving to be the most visible example of how Palmer’s investments have gone awry.

In the following report, 7.30 states that, of Palmer’s four main investments, which includes Palmer Coolum Resort, Palmer’s presiding over ‘plenty of liabilities and no obvious profit’.

“They wouldn’t say a word against Mr Palmer, because they need the work. And so nobody will speak out despite some of the things I have heard about how he’s treated staff”, Gilmour says in the report

Campbell Newman’s government also told ABC 612 Brisbane that his government’s relationship with Palmer had fallen through because Palmer had wanted to dump mining waste into the Great Barrier Reef.

A business analyst claims within the story that one of Palmer’s project’s flaws are so obvious you could deem the project non-existent. Palmer is claiming that a ‘large coal deposit in QLD’s Galilee Basin’ is to be worth billions, but 7.30 says a lot of ‘factors outside his control would have to line up to make it viable’.

Investors at Clive Palmer’s Coolum resort have accused the MP of being a dictator who has locked more than 300 families out of their holiday villas and left them unable to sell.

Sydney property developer Peter Icklow had been taking his grandchildren on holidays to the Sunshine Coast resort for 20 years, but has not visited since Mr Palmer took over in 2012.

“When Mr Palmer purchased the resort he said he bought it because he stayed up there with his family and he agreed with us that it was a wonderful place to stay and he was going to make it even better,” Mr Icklow said.

“As it turned out since that day we’ve virtually been in litigation.”

Mr Icklow is one of more than 300 timeshare villa owners whose interests are represented by a group called the President’s Club.

Some have paid as much as $80,000 for their Torrens title, and are unable to sell while a number of legal actions proceed.

Mr Palmer is suing the club and its directors, and the owners have been told they can only visit the villas as paying guests.

“One of the early things that he did was to cut off our services. So there was no water or power. From my understanding they’re not cleaned, we’ve basically been locked out. That would summarise it,” Mr Icklow said.

“His management style is basically dictatorship. It’s what Mr Palmer wants, or nothing. Nobody else really gets a say,” he said.

Madeleine Gilmour also fell for the magic of Coolum 20 years ago, and used to enjoy visiting with her extended family and grandchildren.

She says she has found Mr Palmer’s public persona to be at odds with her experiences at the Palmer Coolum Resort, where she is friends with many of his staff.

“I think everyone should know what Mr Palmer is really like,” she said.

“When he said last year that he was going to give $250,000 to workers in Queensland because [Premier Campbell Newman] was sacking them, I laughed. Because he just sacked so many of them at the Coolum resort.”

Staffing numbers at the resort have fallen from about 600 to between 150 and 200.

“They really need their jobs on the Sunshine Coast. I watched them during my last visits in 2012, they wouldn’t say a word against Mr Palmer because they need the work. And so nobody will speak out despite some of the things I have heard about how he’s treated staff.”

The resort gets many scathing reviews online, and Ms Gilmour says penny-pinching is hurting the resort’s five-star image.

“Things have happened at the resort, like where Mr Palmer owns four shares in a villa, he boards up the little kitchen in the villa so that people cannot cook their meals in the villa, they’ve got to go to his restaurants and incur the expenses of paying for breakfast for themselves and their children,” she said.

Mr Palmer says that is not true.

He and his resort manager Bill Schoch say the villa owners are operating an unlicensed managed investment scheme and say they are prepared to take legal action all the way to the High Court.

Both declined to be interviewed, but in a text message to 7.30 Mr Palmer dismissed the owners’ concerns as a beat-up.

He wrote: “so lift yr game don’t see yr point unless the abc wants to be used for a private purpose Our resort was to close 3 years ago its still open seems you like to close it and have 200 people loose (sic) their jobs no interest in discussing the matter.”