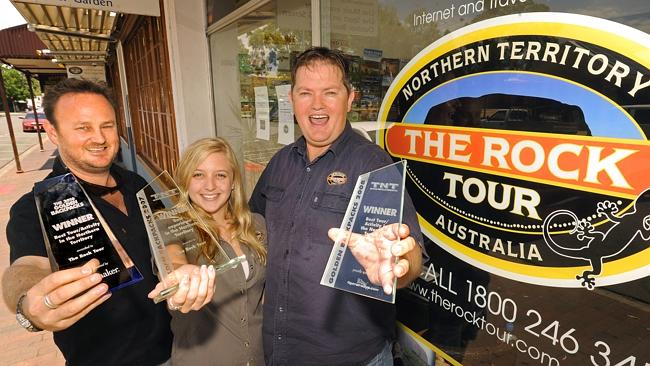 Bus with 21 people on board tips in sand near Uluru

The bus, which is owned by The Rock Tour company, was travelling in sand and tipped onto its side.

A company spokesman, who refused to be named, said the incident happened at Curtin Springs, about 85km east of Yulara.

The spokesman said no one was injured.

“It was a minor incident and everyone on board was transferred to another bus and continued on their tour,” he said.

“We were very satisfied with the response.”

St John Ambulance said they were aware of the incident but had not been called to help.