Too late for Tourism Australia to prove its worth 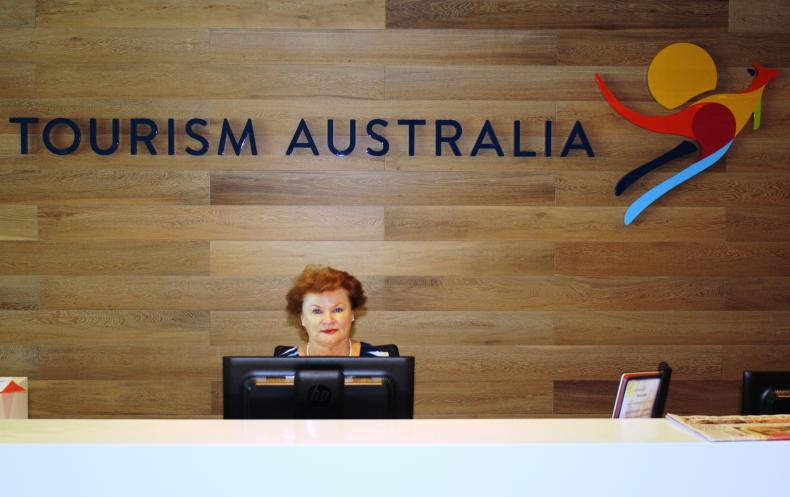 TTN Saturday 3rd May: The federal government’s Commission of Audit has sounded a near-death knell for Tourism Australia, with the recommendation that TA’s funding be slashed in half. Many ‘corporate welfare’ programs are on the chopping block – in the case of Tourism Australia, the commission argues that most of the benefits of its promotional activities accrue to private operators, undermining the case for public assistance.

The cuts to Tourism Australia aren’t a complete surprise – shortly after the Abbott government took power in late 2013, domestic and inbound tourism functions were planned to be split between government departments, with inbound being absorbed by the federal Department of Foreign Affairs and Trade.

TQUAL grants have been similarly dismissed as private affairs.

Most directly, many businesses would be hit if the Government adopted the commission’s recommendation to abolish a wide range of industry assistance.

The 22 programs on the commission’s hit list include: the Automotive Transformation Scheme; ethanol production subsidies; the General Motors Holden grant; the Cadbury grant, which was announced pre-election by Tony Abbott; the Steel Transformation Plan; the Clean Energy Finance Corporation; the Small Business Advisory Services Program; Commercialisation Australia; and the Tasmanian Freight Equalisation Scheme, amongst others.

The commission also recommended halving funding for Screen Australia, the National Landcare Program and cuts for several other industry assistance and research and development bodies and programs.

Exporters and tourism operators, already struggling under the weight of a persistently high Australian dollar, could be hit especially hard by the commission’s recommendation to abolish the Export Finance and Insurance Corporation, export market development grants, tourism industry grants and the Asian Business Engagement Plan.

In the case of Tourism Australia, the commission argues that most of the benefits of its promotional activities accrue to private operators, undermining the case for public assistance.

The commission said Austrade received $335 million of funding in 2011-12, leading to 205 export sales under negotiation or concluded, and this did “not appear to represent value for money”.

The commission said the “residual functions” of Tourism Australia and Austrade should be merged into the Department of Foreign Affairs and Trade.

BUSINESS is being asked to shoulder cancellations, cuts and amalgamations of 22 industry assis­tance schemes, worth $5.1 billion, because they do not address market failures and provide little benefit for the broader economy.

In a report that has already touched off opposition from a range of interest groups, the National Commission of Audit has also recommended big cuts to programs linking research with business and investor groups, including scrapping the Innovation Investment Funds and Co-operative Research Centres.

It argues for removing ethanol production subsidies and abolishing grants to General Motors Holden and the Cadbury factory in a marginal seat in Tasmania that controversially received $16 million promised during the federal election.

Interactive: Our verdict on the recommended changesThe identified cuts continue a hard line taken by the federal government on industry assistance, with requests from big carmakers Holden and Toyota, as well as Qantas Airways, rejected in the months after the election.

Audit Commission chairman Tony Shepherd said his members agreed with the approach taken by the government and have extended it to other schemes identified in the report.

He said the commission had not been asked to look at tax expenditures such as the $4.5bn diesel fuel rebate paid to miners and farmers that critics such as the Greens believe should be targeted ahead of welfare, education and health cuts.

Joe Hockey said businesses would be asked to “bear their share’’ of cuts in the budgets.

The commission said industry assistance totalled $5.1bn in 2011-12 but that commonwealth funding was provided on an “ad hoc basis’’ with differing goals, transmission mechanisms and levels of effective assistance.

But it said a reduction in budgetary assistance should be accompanied by a broader commitment to reforms that improve the operating environment for all businesses. It said assistance should be targeted to areas of genuine market failure where the benefits clearly outweigh the costs and consideration given as to whether the costs can be recovered from the beneficiaries.

Appropriate assistance could include research and development that generated significant spillovers for the economy and structural-adjustment assistance for cases such as the closure or downsizing of a major employer.

The report recommends abolishing or merging all programs worth less than $5m a year and calls for big cuts to Austrade and Tourism Australia’s budgets, with their activities to be folded back into the Department of Foreign Affairs and Trade.

Tourism and Transport Forum chief executive Ken Morrison said cutting funding was a “dumb idea’’ that would undo the positive image of Australia built up abroad.

The audit commission said the Export Finance & Insurance Corporation should be abolished because “virtually all of Australia’s exports by volume and value take place without EFIC’s assistance’’ and the body earned most of its returns from investing surplus funds rather than providing financial services.

It called for Screen Australia to be merged with groups including the Australia Council and have its funding halved.

It also urged the abolition of the Bass Strait passenger-vehicle and freight-equalisation schemes because the benefits accrue almost entirely to Tasmania.

It advised the government not to fund water purchases under the Murray-Darling Basin water-recovery program after existing commitments were met, saying entitlement buybacks were preferable as they were cheaper. And it said the National Landcare Program that funds environmental programs should have its $2bn funding over four years halved and redirected to activities with greater public — rather than private — benefits.