‘Tis the season to hate on unmanaged tourists 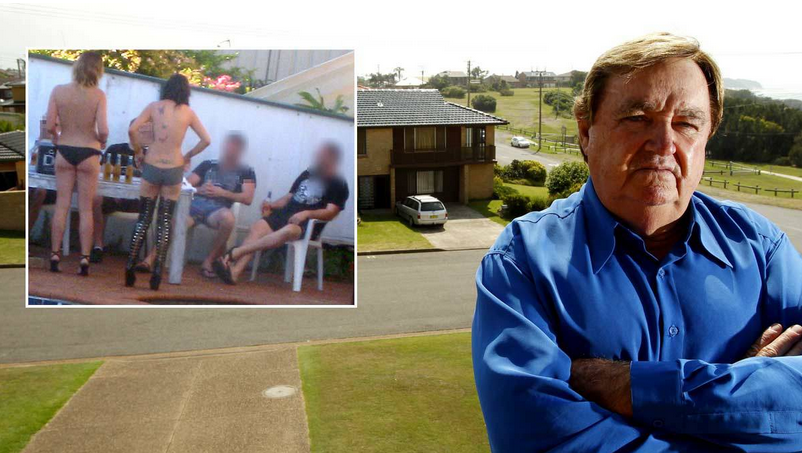 ANGERED: Ross Valaire in front of a short-term holiday house at Caves Beach where large groups of people are said to behave badly. Picture: Jonathan Carroll

From the Newcastle Herald,. 7th December 2014

THEY are known as party houses – but for residents who live near them they are a persistent source of aggravation.

Short-term holiday rentals are banned under Lake Macquarie City Council’s zoning code, but the council has made moves to allow them with conditions.

This has angered some residents, who say they have been urging the council for some time to crack down on party houses.

A council report admitted there was “a long history of short-term holiday rentals operating in Lake Macquarie”.

Caves Beach resident Ross Valaire said there were two party houses in his suburb that attracted antisocial behaviour and disturbed the peace.

A large barbecue was thrown off a four-metre-high deck during one recent session of debauchery, he said.

Cr Coghlan said “some problems covered in the media are very minor”.

“We need some control over these properties,” Cr Johnston said.

The council plans to allow short-term rental accommodation, with four bedrooms or fewer, without development consent.

Dwellings with five bedrooms or more would require a development application.

“Larger houses that sleep more people are more likely to be used as party houses,” the report said.

The council aimed to introduce conditions that such houses comply with the Holiday Rental Code of Conduct, which industry bodies produced in consultation with the state government.

But Mr Valaire said this code would not be effective because it involved self-regulation.

The Newcastle Herald reported in May last year that a Land and Environment Court ruling prevented a six-bedroom Terrigal house from being used for short-term holiday rentals.

Justice Rachael Ann Pepper found that Gosford Council failed its constituents by not resolving the problem.

Lake Macquarie council used this court decision as a justification for proposing the change.