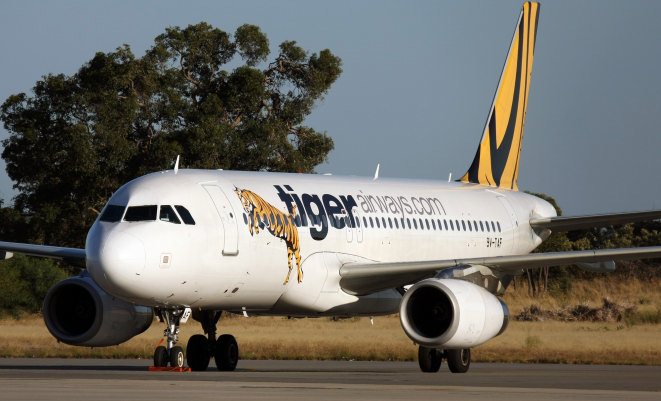 BUDGET airline Tiger Airways is to double its services from Melbourne to Cairns during this year’s peak tourism season.

The news comes as the airline’s first flight from Sydney arrives in Cairns today at 9am.

The airline’s head of communications Vanessa Regan told The Cairns Post that because of demand the daily flights from the Victorian capital would increase from daily to twice a day or up to 10 extra flights a week from June to October 2013.

She said Tiger was pleased with the response to its daily flights from Melbourne and expected more bookings during the high season. Ms Regan said the four times a week services from Sydney would also be extended to daily from June to the end of January 2014.

“During the peak season we will be providing up to 6120 visitor seats weekly through Cairns Airport (from Melbourne and Sydney),” she said.

“(It is) early days but we are pleased with demand for our new Sydney-Cairns services and we expect the momentum to continue.

“We’re pleased with demand for both of our services over the coming months as we head into peak season.

“We know our consistently low fares stimulate demand for air travel and grow the air travel market which is a win-win for the consumer, tourism and the local economy.

“Our Cairns services certainly have particular appeal to the leisure, family and backpacker markets.”

“They have confidence in the market which is obviously gratifying,” Mr Giason said.