Them leisurely camels are about to race 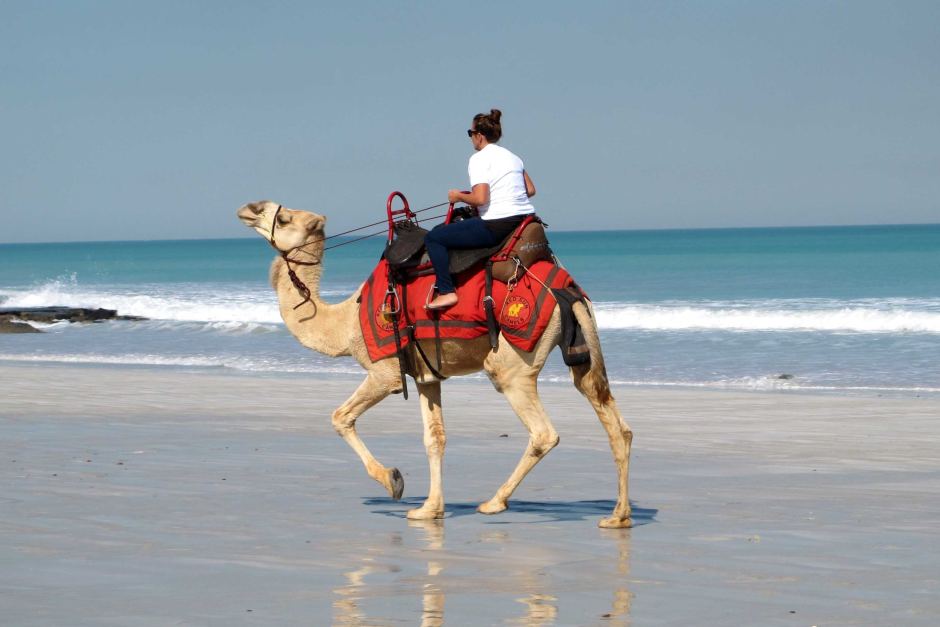 Broome Camel Cup: Inaugural races to get underway this weekend

Broome’s camels usually move at a leisurely speed, ferrying tourists up and down Cable Beach, but this weekend they will pick up the pace for the inaugural Broome Camel Cup.

Organiser John Geappen hopes the event will be the first of many.

“The camels have an iconic status in Broome and people often ask, why don’t you race them,” Mr Geappen said.

“So we think it’s a natural extension, and we’re hoping to build it into a big event in the coming years.”

Six races will be held at the Broome Turf Club on Saturday, in the latest addition to Broome’s tourist season calendar.

Camel racing has proved popular in places like Alice Springs, but as far as Mr Geappen is aware has never been attempted in Western Australia.

“The first time I saw a camel run I honestly thought, here’s an animal that was not designed to run,” he said.

“It looks like a cartoon. There’s a lack of co-ordination, and there’s legs going everywhere.

“They’re very laid-back animals and they rarely run in the wild. But they can get up to 70 kilometres per hour if they need to.

“They’re very headstrong animals, and that will be half the fun of the day, not knowing what’s going to go on.

“If they don’t want to run down that track they just won’t do it.”

While camels are bred for racing in some parts of the Middle East, Camel Cup competitors are being sourced from Mr Geappen’s stable of tourist camels, which are accustomed to nothing more strenuous than lumbering up and down Cable Beach.

He is under no illusions about their athleticism.

“At the professional racing scene in the United Arab Emirates, they look like greyhounds,” he said.

“But ours are coming from working stock, so they’ve got a bit of meat on their bones.”

This week the camels have been put through their paces on Cable Beach, to get them used to running in a straight line.

Tour guide turned jockey Jack Foley says it is a learning curve for both animals and riders.

“It’s a bit bumpy when they run, and a bit uncomfy in the groin region,” he said.

“When they get going you just hold on and stand up. It’s really fun.”