The reason Australian film can’t get off the ground 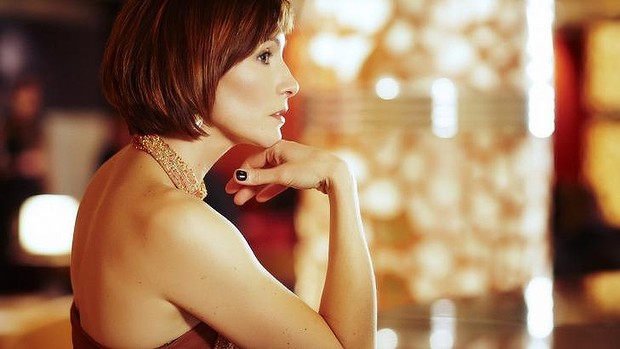 Picture: Claudia Karvan as Caroline Tivoli in the ABC’s The Time of Our Lives.

TTN: As ‘cultural exports’ go, there is no bigger than film. Film conveys the meaning of a place and its culture like no other medium, and draws Australian tourists away from our parks and cities to America’s. Now, Michael West of Fairfax has uncovered where Screen Australia’s money goes – to many-dozen companies associated with Screen Australia directors, and to ‘failed’ movie investments that are quickly re-couped financially as balance sheet losses.

Screen Australia board meetings must be a game of musical chairs

From Fairfax (SMH, The Age etc.)

Payments of $1.5 million were made to companies associated with filmmaker Rachel Perkins and for a project in which a “close family” member of Perkins was involved.

There is no suggestion of anything amiss. The transactions are duly recorded in the notes to Screen Australia’s financial statements and the website features a conflict of interest policy. One can’t help wondering though – as normal procedure on conflicts is for a director to leave the boardroom when a related party transaction is being discussed – that Screen Australia board meetings must resemble more a game of musical chairs than a traditional, boring old board meeting, as members excuse themselves.

In two decades of digging around company accounts, this reporter has never seen anything quite like it; no less than five pages of related party transactions.

“Screen Australia is fortunate to have an expert industry board ensuring decisions are well informed with an industry perspective. The agency adheres to a strict conflict of interest policy that ensures fairness and accountability,” a spokeswoman said.

We had stumbled on this quite by accident, in the process of researching a story on why the Australian film industry was not living up to its potential.

Screen Australia is well regarded by industry. There are some terrific Australian films but the film business is entirely dominated by the Hollywood studios, whose product, no matter how dud, inevitably saturates the cinemas and the media.

Hollywood films open big in Australia even after failing in the US. Jupiter Ascending opened last month on 415 screens after crashing a week or two earlier in the US. It has taken $4 million in a couple of weeks.

The juggernaut that is Fifty Shades of Grey says a lot about Hollywood. Released simultaneously around the world, held back from critics and preview screenings until the day before release to minimise bad reviews and poor word of mouth. It has traded on the success of the books to just crack $US500 million worldwide ($21 million in this country). Despite the monumental hype, hardly anyone has had a good word to say about it.

The last two Australian films to be released, The Water Diviner and Paper Planes, have both been hits in their own way. There were also fair hopes that Josh Lawson’s risque comedy The Little Death would work late last year but it flopped when it opened on just 34 screens, which meant viewers had to hunt for it rather than it coming to the local cinema.

There were also hopes for the sc-fi thriller Predestination. It bombed after opening in 49 cinemas.

Meanwhile, we don’t hear as much about the local product and from the look of Screen Australia’s accounts there is an expectation of financial failure, that is, most investments appear to be written off fairly quickly. Last year, funding was $101 million from government. The end result was a $3 million deficit. Just $5.9 million in profit was recorded on $117 million in film investment.

This is perhaps to be expected. This is an artistic enterprise whose role is to tell Australian stories. Screen Australia is now subject to federal government budget cuts of $38 million over four years. In light of the vast tax avoidance by multinational companies operating in this country, the cuts are particularly disappointing. Australian film is a product worth marketing.

The flip-side of the budget cuts is that, via grants and tax breaks, the Australian film industry probably receives as much taxpayer support of any film industry in the world. So what can be done to leverage the product?

As is the case in media and many other sectors, digitisation is shaking things up. Consumers now want to watch the film of their choosing at the time of their choosing on the device of their choosing. Prices are too high, as evinced by endemic piracy. People under 30 simply don’t see piracy as a crime and have no qualms with illegal downloading. Nobody seems to have the answer to this one yet.

And while consumers in their droves are helping themselves to expensive product, scot-free, the structure of the industry remains dominated by distributors and exhibitors. A couple of big players such as Village Roadshow and Entertainment One (formerly Hopscotch) dominate the distribution market. The bulk of marketing spend goes to Hollywood product and the question should be asked, does the film industry really need these middlemen now that product can be downloaded on iTunes with a few keystrokes, or pirated with a few more?

It is not as if the show reels have to be lugged about on a horse and cart between cinemas anymore. The grip of these middlemen merely adds an unnecessary layer of costs. Equally, industry needs to get rid of this 120-day cinema release window whereby a film gets locked up at the box office for four months and is often perceived to be a dud when it gets a small run and little media attention. This industry structure merely serves to entrench the dominance of the exhibitors and distributors. It is arcane and needs to be dumped.