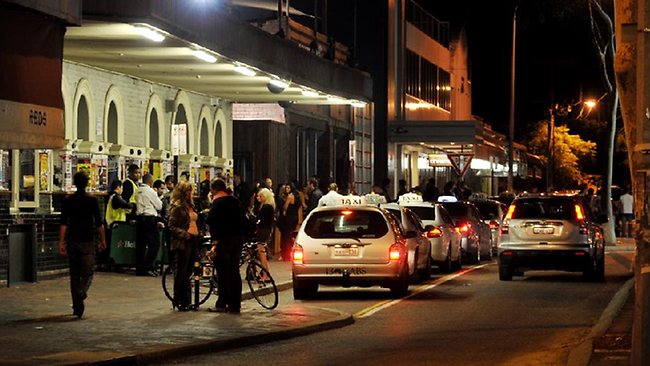 The Australian Competition and Consumer Commission (ACCC) has sometimes been called a ‘toothless tiger’ in its history of pointing out problems with competition within Australian industries, but not having legislative powers to punish companies it finds to have partaken in anti-competitive behaviour. Well, that’s all changed – the ACCC has used its market-regulatory powers to ban a Cabcharge app that the ACCC said could monopolise taxi provision across Australia.

The competition watchdog has dealt a blow to Cabcharge’s fight against disruptive taxi apps and ride-sharing services, saying it plans to deny the go-ahead to the company’s new smartphone booking app as it would likely produce “significant public detriments”.

The Australian Competition and Consumer Commission said in a draft ruling today that the iHail app would have a significant impact on competition in the taxi industry, which could affect prices and the quality of service for consumers.

The iHail app would provide metropolitan and regional-based passengers with a single booking platform for companies who are members of the app joint venture, which includes Yellow Cabs, Silver Top Taxi Service, Black and White Cabs, Suburban Taxis and Cabcharge.

The companies are estimated to make up more than half of all taxis in Australia, and represent an even larger share of the industry in the major cities.

“This would guarantee that from its launch, the iHail app would have a larger fleet of taxis, in a broader range of locations, than any existing taxi booking apps,” ACCC chairman Rod Sims said.

“Depending on the rate of take up of the iHail app amongst other taxi networks, it could potentially grow to include all taxi networks in any area.”

While the ACCC accepted that the app would provide a more convenient way for consumers to book taxi services, the regulator said it comes at too big a cost to competition.

Mr Sims said the iHail app would achieve a potentially dominant position from its launch, “not through competition, but because of the larger fleet of taxis its ownership structure delivers”.

The ACCC said reduced competition between taxi networks may “tip the market” in iHail’s favour, making it the dominant booking app, which may impact the commercial viability of existing apps, including goCatch and ingogo.

“There are a number of apps that already provide access to large fleets of taxis across multiple locations. The growth in these existing apps is being driven by competition to attract drivers and customers,” he said.

“The ACCC is concerned that this requirement will shut-out opportunities for Cabcharge’s competitors to provide non-cash payment processing services to ihail customers.”

The proposed app would also allow passengers to offer extra money above the metered fare when requesting a taxi to encourage drivers to accept their booking over other customers.

“The ACCC is concerned that the upfront priority dispatch payment could reduce access to taxis during peak periods for financially disadvantaged sections of the community,” Mr Sims said.

The company is also facing stiff competition from new players in the taxi industry, such as ride sharing service Uber, which are disrupting the heavily regulated sector.

The ACCC is asking for submissions on its draft determination before making a final decision later this year.

The NSW government is looking at whether it should compensate taxi plate owners if it legalises UberX and ride-sharing services.

With the value of taxi licenses in NSW alone estimated to be about $2 billion, compensation could become a multi-million dollar dilemma for state governments that legalise ride-sharing services.

The NSW Minister for Transport, Andrew Constance, has asked a taskforce to report on”structural readjustment”for the industry, acknowledging that this is a key issue and that many self-funded retirees have invested their life savings.

The NSW Roads and Maritime Service website specifically warns potential buyers of taxi plates the government “makes no representation as to the future market value of any licence”and “where the market value of a licence is impacted by the effects of regulatory reform or other factors, Transport for NSW can not be held liable to pay any compensation to the licensee.

However, this relates to annually renewable taxi licences, which make up only 16 per cent of the licences on issue.

Most of the resta are perpetual licences, granted from 1930 onwards and in some cases to returned servicemen so they could generate an income.

Mr Constance acknowledged that a market in taxi licence plates had built up over many years, underwritten by government actions.

He said the issue of structural adjustment was being looked at “very, very closely”by a taskforce appointed by the government and due to report by the end of the month.

Taxi fees set to fall after ACCC action against Cabcharge

Taxi card processing fees are likely to fall with Cabcharge now allowing other in-taxi payment terminals to process its cards.

The move comes in a court enforceable undertaking to the Australian Competition and Consumer Commission (ACCC) and resolves a long-running legal battle by the regulator to introduce competition into the taxi card processing sector.

Cabcharge originally had a monopoly on the industry, and charged a processing fee that was 10 per cent of the taxi fare.

Some states have passed legislation limiting that fee to 5 per cent of the fare, however the ACCC’s chairman Rod Sims believes that fares could fall further with more competition.

“We’d hope that when you move from what has been a traditional monopoly by Cabcharge to where you’ve got competition for these processing machines that you will get charges reflecting normal retail levels,” he said.

In most shops, a typical credit card surcharge is around 1-2 per cent, however Mr Sims did not express a view that taxi card payment surcharges would fall to those levels.

The undertaking by Cabcharge is to allow other terminal operators to be able to process payments made using Cabcharge cards, which are widely used by many medium and large businesses and public agencies.

“Now that other terminals can also process Cabcharge payments, they can also cover all forms of payment, and so taxi drivers now may be able to at least have competition between which terminal they want in their cab and that competition we think should see a reduction in fares.”

Many taxis now have two terminals, a Cabcharge one and a rival terminal for processing credit cards, however soon that second terminal should be able to process all forms of card-based payment.

Cabcharge shares were down 2.9 per cent to $3.73, although the broader market was down around 2.2 per cent.

Cabcharge was forced to pay $15 million in penalties and costs in 2010 after the ACCC’s initial action against it for refusing to engage with certain firms and engaging in predatory pricing.