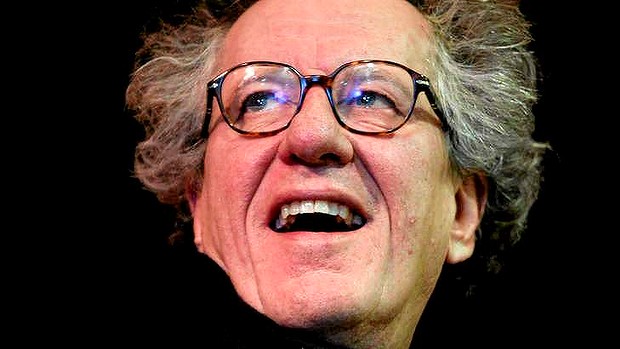 Australia has a national speech problem that nobody is talking about. Despite a healthy rise in literacy and numeracy rates over the past century, most people, including the Prime Minister, still have poor speech skills. Yet this is not widely acknowledged as a problem.

Though verbal expression training is an essential skill for everyone, it is largely absent from our school system and, on the whole, standards of communication are unacceptably low. While Australians are usually more charmed than bothered by this, it should be considered as a national speech impediment.

But it is not the Australian accent that is deficient. Aussie accents that fully articulate all words, even with regional inflections, can be great. Our many varied city and regional accents can be musical, intriguing and worthy of appreciation.

The unified Aussie accent is a complex soup of many accented languages – including English, German, Aboriginal, Irish, Scottish, Italian, Greek, as well as more recent regional influences. But just like slurring drunks, most sober Australians pickle their speech with lazy, restricted and heavy articulation.

It begins with Australian politicians, who surely rank as the poorest speakers in the English-speaking world. On the front benches of both major parties perhaps only Julie Bishop, Malcolm Turnbull, Bill Shorten and Tanya Plibersek stand out as exceptions.

Australian politicians are the leaders of the Mang-lish movement (speakers who mangle English), beginning with Tony Abbott – a leader with laboured speech skills. Parliaments around the country are plagued by politicians who can’t pronounce basic words. Let’s start with ‘‘Australia’’, not ‘‘Astraya’’/‘‘Austraya’’.

Others exhibit patterns that omit or import wrong consonants: ‘‘probly’’ = probably, ‘‘gumment’’ = government, ‘‘nothin’’ = nothing, ‘‘vunnerable’’ = vulnerable, ‘‘bedder’’ = better, ‘‘communidy’’ = community, ‘‘anythingk’’ = anything, and Victorian Premier Denis Napthine says ‘‘Commwealth’’ rather than ‘‘Commonwealth’’. And it’s little wonder that manufacturing is going down the gurgler when so many politicians call it ‘‘mannerfactring’’.

These common speech mistakes by our politicians are a symbol of a wider malaise around the country that began long ago.

Australian speech patterns reflect a long-standing cultural imperative to communicate understatedly and stoically – and to be wary of bullshitting. We are encouraged to call ‘‘a spade a spade’’ and to tick off any smart-arse who would call it a garden tool. This was surely seeded in 19th-century colonial times when a rebellious speech manner, unclear pronunciation and an Aussie accent asserted Australian identity against British imperial clarity.

Writer Hugh Lunn identified a traditional Australian value that discouraged people from ‘‘swallowing a dictionary’’ and using polysyllabic words. It is typically Australian to be suspicious of people who speak too well.

While this dumbed-down demeanour remains socially advantageous, it has trained Australians to be uncreative with their communication skills.

The Aussie is the slow kid in the world classroom – our lazy national speech manner is unthreatening to ‘‘oversea-ers’’ who fondly perceive us as laid-back.

Yet there are world-class Australian speakers. Geoffrey Rush’s natural speaking voice features an educated Australian accent, superb articulation skills and a hypnotic speech rate. His relaxed vocal approach allows for a fully resonant bass speaking voice that is remarkably listenable and equal to the best.

Two of our most brilliant speakers, Bob Hawke and Steve Irwin, were not classical at all. Hawke the politician was intellectually sharp, charismatic and an outstanding communicator. Despite his nasal and croaky resonance, the energy of his speech manner was inclusive and magnetic. He revealed that you could be brilliant, speak in an identifiably Australian manner and communicate more effectively than retentive products of elocution training.

Irwin was a great speaker for another reason. His sincere and contagious passion for his subject glossed over his technical imperfections. He was an innovative, superb educator who presented with a fantastically Australian character.

If Australia does have a national speech problem, then our schools are culpable for failing to equip students with adequate communication skills. This may be attributable to an educational fad that devalues delivery, ignores articulation and fails to train expression.

If Australia is to develop into a nation of good communicators, we need to value verbal expression as equal to literacy and numeracy, and make it a priority to include communication skills training in the curriculums of students and teachers.

As well, a professional standard of verbal communication skills should be a necessary prerequisite for politicians, educators and advocates. Why? Because every time they speak in public they become role models. If their skills are deficient, they are letting down their constituents.

Dean Frenkel is a writer, vocalist and vocal teacher.