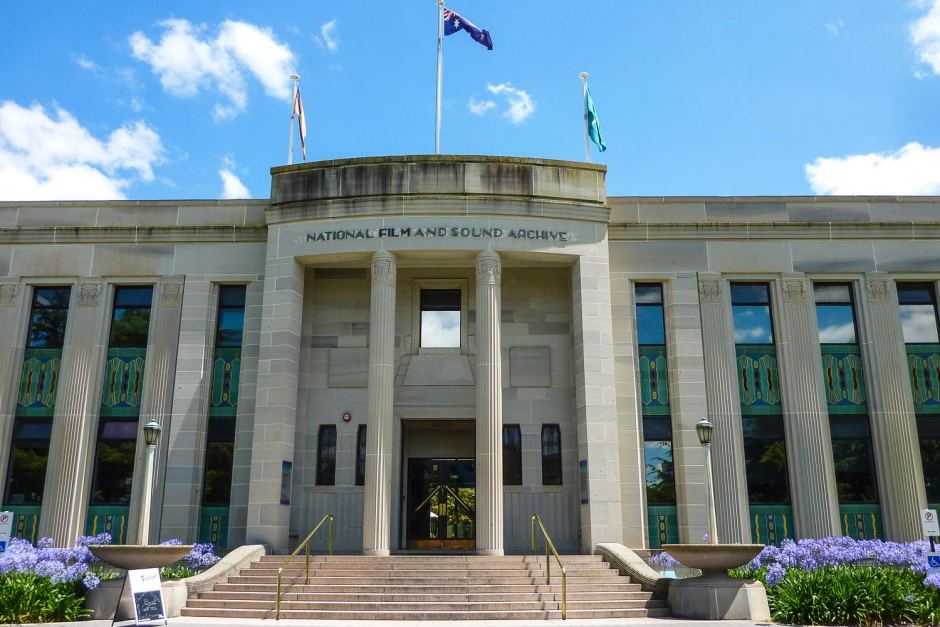 The National Film and Sound Archive in Canberra. Photo by Penny McLintock

The National Film and Sound Archive (NFSA) is cutting 28 jobs as part of a major restructure of the Canberra institution.

A new business model is being introduced which the archives says will take better advantage of online technology.

“I am committed to making this change process transparent and respectful for all staff,” he said.

Existing programs such as Arc Cinema, exhibitions, and the touring film festivals will be gradually replaced by new programs, with an increased focus on online delivery.

“We will be doing many things differently in the future so we are even more effective, innovative and relevant,” Mr Loebenstein said.

“This means some things will not continue in the way we have traditionally done them.

“Others will be integrated with other functions or re-focused to take advantage of collaborations and the continually enhancing ability to share and feature our collection using technology.”

The changeover to new programs will begin from July.

“The NFSA will still be showing films, we will still be providing visitors with a cinema experience and with the ability to see films from the collection,” Mr Loebenstein said.

“[But] the regular Arc Cinema programming as we know it now is going to phase out over the winter season.

Mr Loebenstein says the NFSA will continue to be a place where people can engage with Australia’s national audio-visual collection.

“NFSA is the creator’s archive. The NFSA is a living archive and the NFSA must increasingly become a centre of excellence of working in the digital environment,” he said.

The changes follow a six-month business review and Mr Loebenstein says they will put the archive on better footing for the future.

“This is the best possible way forward in this environment and this is what enables us to be relevant, current and on a robust financial base,” he said.

“This is a very difficult time for any of the cultural institutions or anywhere in the public sector to operate in right now,” she said.

“I hope the new structure is going to deliver better outcomes, but I question how you can reduce staff and still deliver the same capacity.”

Ms Vincent-Pietsch says jobs are also being lost at Old Parliament House, the National Museum and the Australian War Memorial.

“We’ve got to remember these are the cultural keepers of our society, they play such a vital role,” she said.

“28 losses in terms of headcount by the 1st July is going to be a big hit.

“We’re concerned because cultural agencies like the National Film and Sound Archive have so little fat to trim.”