The cost of fires on a tourism economy 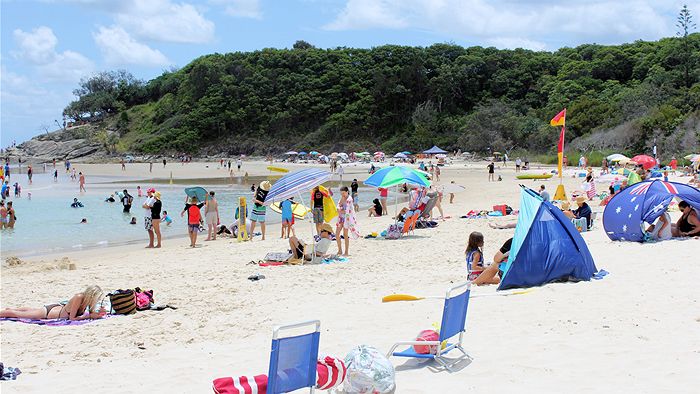 As fire crews mop up after more than two weeks fighting fires on North Stradbroke Island, residents and local business owners are preparing for a battle of a different kind.

For an economy so dependent on the tourism dollar, the timing of the fires couldn’t have been worse. Coming at the height of their tourism season, the fires have cast a cloud of doubt over holiday bookings for the coming months.

Milton Kemp, treasurer of the Stradbroke Island Chamber of Commerce and manager of Dolphin Holiday Accommodation, says that while bookings are solid at the moment, things don’t look set to stay that way.

“There has been an effect on business in the latter part of January where some cancellations have happened… bookings in to February and March are also questioning whether the place is still standing.”

The sad irony is that the townships of Amity Point and Point Lookout have remained untouched, largely due to the efforts of emergency services.

“The actual effect on those places from the fires was practically nil… In fact there is so sign of any incursion of fires in either place… we are totally open for business,” Mr Kemp said.

The fire, which was started by a lightning strike on December 29, forced the evacuation of 900 campers from the Main Beach area on New Year’s Day. Fire crews are conducting final monitoring and mop up of the blaze near Brown Lake, which has burnt out 60 per cent of the island.

Even still, residents are urging visitors to keep their bookings.

“[Last week] you wouldn’t know there was even a fire, at Point Lookout… it’s been absolute perfection. I couldn’t believe the crowds at the beach yesterday, it was just a magic day,” she said.

A number of local businesses on the island who depend on a thriving tourist season are now wondering if they’ll be left out of pocket.

Division 2 Councillor Craig Ogilvie says that for Stradbroke to recovery properly people can’t shy away from giving the island a visit.

“There’s environmental impacts, but the economic impacts are just as important for this community.

“We have this ‘make hay when the sun shines’ economy… over December and January a lot of the businesses that might otherwise close make enough money that they don’t do so,” Cr Ogilvie said.

Now it’s up to the Stradbroke Island Chamber of Commerce to develop a plan to get visitors back to the island.

“The Chamber of Commerce will have to put together a package to promote the island… and spend money to reinforce upon those who are out there thinking of coming here that yes, it is still standing, that we are open for business.” Mr Kempt said.

Cr Ogilvie says the message to the mainland is clear – “do us a favour… do yourselves a favour… and try and schedule a visit.”