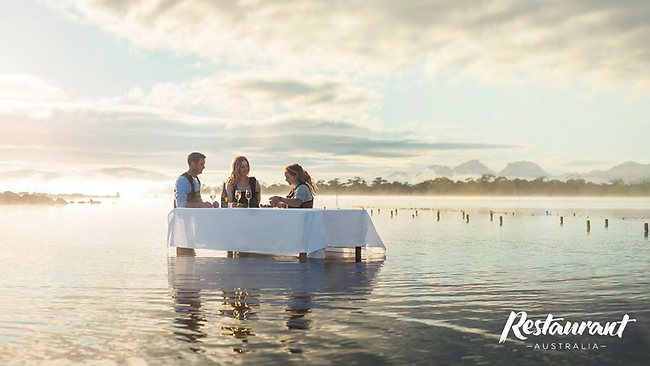 TTN: The long-awaited Productivity Commission’s review of workplace relations in Australia, of keen interest to tourism operators for its consideration of penalty rates, has been shot down as a matter for parliament by Employment Minister Eric Abetz. With the review only commissioned in late 2014 and findings due in late 2015, Abetz’ statement that penalty rates are not a matter for parliament have dealt a major blow to tourism and hospitality industries who were hoping for some flexibility to allow for 24/7 consumer demand.

Below: It is rare for Murdoch’s famously right-wing publication ‘The Australian’ to take aim at a Liberal government – the strong language is an indication that the press is not happy. The only remaining broadsheet newspaper in Australia, and for a long time our only national publication, The Australian still holds significant political sway as a business influencer.

Murdoch is famous as a ‘king-maker’ – his papers liking or disliking your government frequently decides the fates of parliaments in Australia and in Britain.

IT takes a rare form of political acumen to commission an inquiry and rule out any changes when the inquiry has barely begun.

But this is what has happened with the Productivity Commission’s comprehensive inquiry into the workplace relations framework, promised by the Coalition in opposition, delayed, then commissioned just before Christmas. Here’s the message from Employment Minister Eric Abetz: “We have a system that has worked relatively well over many years now, and I don’t want to put the parliament in the space of the Fair Work Commission.”

He went on: “(The minimum wage and penalty rates) are matters for the Fair Work Commission and I just hope that those two issues have not taken away from the other systemic issues that we want examined (by the Productivity Commission).”

Here’s a piece of free advice to Eric: if you didn’t want the Productivity Commission to consider minimum wages and penalty rates, then the terms of ­reference of the inquiry needed explicitly to rule out their examination.

But on the basis of the terms of reference, it would be remiss of the Productivity Commission to avoid the topics of minimum wage and penalty rates.

Just take a look at the matters the commission must consider when reviewing the impact of the workplace relations framework: unemployment, underemployment, job creation, fair and equitable pay and conditions, small business, productivity, competi­tiveness, business investment, and the ability of business and the ­labour market to respond to changing economic conditions and patterns of engagement in the labour market.

And here are two important facts that need to be considered when thinking through the impact of minimum wages and penalty rates.

The first is that the extent of award coverage is actually much higher in industries in which penalty rates matter a great deal. These industries are accommodation and food services, and retail.

The second fact is that modern awards set the basis for enterprise agreements. For agreements to be certified, workers must be deemed to be better off overall. What this means is that penalty rates can be modified, but only to the extent that there is a compensating increase in the hourly rate of pay.

Why is it that the federal government is so loath even to discuss the issue of minimum wages and penalty rates? That it is gutless and afraid is probably the most obvious answer. But there are important elements of its electoral base — the owners of small businesses — who must be aghast at the government’s almost demented faith in the processes of the Fair Work Commission.

Of course, it is not helped by the hysterical hyperbole of the opposition. Even though Labor’s employment and workplace relations spokesman Brendan O’Connor, a former trade union official, has conceded we live in a 24/7 world, here is what he had to say about penalty rates: “So weekends matter because community matters. Family matters. Togetherness matters. And when the Abbott government says it wants to take away penalty rates, it is attacking more than the wages of some of the lowest paid Australians.

“It is also attacking those things that make our lives worthwhile. Labor will stand against abolishing penalty rates because they are a fair reward for working unsocial hours. But we’ll also do so because going in to bat for penalty rates means protecting the idea some parts of the week are for work and others for doing things we enjoy.”

These comments are equally demented. Does he want enterprises to close down during weekends and public holidays so we can all be together or does he want workers to be compensated for working during these times?

It should be recalled that in the dying days of the Labor government the then workplace relations minister, Bill Shorten, added several pro-union provisions in the Fair Work Act. These included an additional objective inserted into the section dealing with modern awards. Modern awards must take into account “the need to provide additional remuneration for employees working unsocial, irregular or unpredictable hours, or employees working on weekends or public holidays”.

In fact, Shorten may have been too cute by half by making this statutory change because its wording begs the question whether there is always a need to provide additional remuneration.

While it has been like pulling hen’s teeth, the Fair Work Commission did make a variation to the restaurant industry award last year that lowers the Sunday penalty from 75 per cent to 50 per cent for some workers. In the words of the majority decision: “It is accepted that Sunday penalty rates may have a limited effect on ­employment.”

It is a start, and more decisions like this may be aided by the insertion of the additional objective to modern awards rather than hindered, the latter having been the aim of the Shorten amendment.

It will be a hard slog and the employers and their representatives have no alternative but to assemble the required evidence pointing to significant numbers of businesses keeping their doors shut on weekends and public holidays because of penalty rates.

There is no doubt that in a less regulated labour market penalty rates will continue to apply for ­professional workers employed in healthcare and emergency ­services.

But for relatively unskilled work in hospitality and retail, the current raft of penalty rates is completely unsuited to the modern world in which students combine work and study and customers demand 24/7 service.

The government should be taking the lead on this rather than trying to hide behind the rock of power without purpose.

Hoisting the white flag on penalty rates is not a good look.