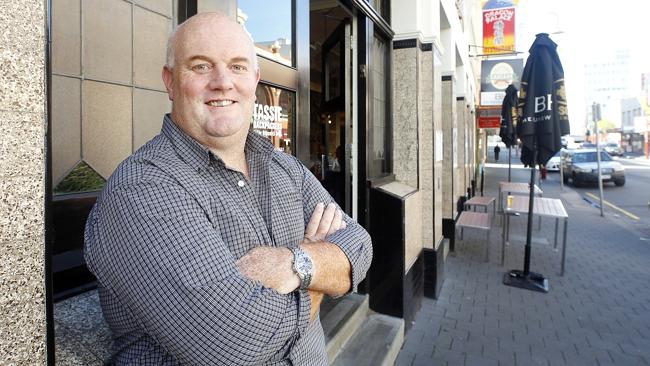 TASMANIA’S hospitality association will back national moves to investigate the economic damage being caused by businesses staying closed on Sundays and public holidays because of “crippling” penalty rates.

The move follows revelations, in yesterday’s Mercury, the Tasmanian Chamber of Commerce and Industry has sought constitutional advice on the possibility of Tasmania breaking from the rest of the country to offer different rates of pay for many businesses.

Despite the push, Treasurer Peter Gutwein has remained firm, stating yesterday: “Penalty rates are a federal matter and we have no plans to take back from the Federal Government any aspects of Industrial Relations Laws.”

Mr Old said the “sheer cost” of opening for business on Sundays and public holidays was causing some businesses to simply stay shut.

“Obviously, a business that is closed is not paying wages, isn’t turning over revenue, and isn’t contributing to the broader economy,” he said. “What we want to do is examine exactly on what scale this is occurring and what the broader impacts of businesses being closed really is.”

AHA national CEO Stephen Ferguson said, while the proposed study would be done on a national basis, it had particular relevance for Tasmania.

“Tasmania is a smaller economy, with arguably a greater reliance on the hospitality sector as an economic driver,” Mr Ferguson said. “When you are as highly regarded for hospitality and visitor experiences as Tasmania is, the last thing you want to be presenting to customers is closed signs and locked doors.

“Commissioning a study such as this will be crucial in better understanding the lost economic opportunities on days that businesses are forced to reduce their service levels.”

Mr Gutwein said the State Government was focused on doing what it could within its power to help local business.