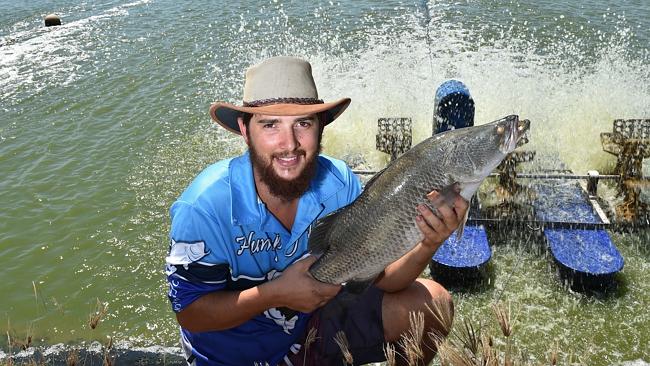 ONLY barramundi from Australia should be allowed to use the name “barramundi” to protect the quality of the brand, a Territory farmer says.

Humpty Doo Barramundi managing director Bob Richards said it would be an important step for the industry.

“The name barramundi should be exclusive for Australia,” he said.

“The local population knows and loves it for its quality. It’s known around the world. We’re seeking to differentiate our product.”

“It’ll degrade the brand,” he said. “It’s a brand that’s been built on our product.”

Barramundi and sea bass are the same species, Lates calcarifer, but since Australia officially adopted the barra name, Asian sea bass has been imported and sold as barramundi.

Mr Richards said Australian barramundi were subject to rigorous environmental and quality standards, and product from overseas may not have the same assurance.

“We’re perfectly happy for them to have a brand,” he said.

“If we started making a soft drink and calling it Coca-Cola, we’d be in trouble.”

He said some of the imported barramundi was of good quality, but there was a need to support the local industry.

The push would be brought to the Fish Names Committee for consideration.

“That type of system is used around the world – Champagne and Parma ham are examples,” he said.

“In the Northern Territory, if you bought barra, you’d expect to know where it’s from and know it’s local. (Importers) are basically making money on Australia’s name.”

Mr Fish said while the species from Asia was the same, the quality was not.