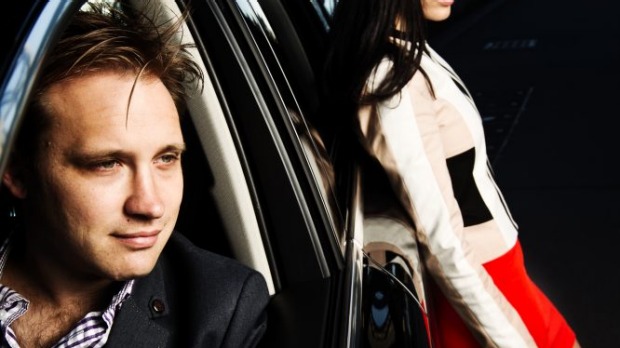 The formal Australian taxi industry is under threat, as a Google-backed taxi app ‘Uber’ evolves its taxi booking product into a free service allowing customers and average citizen drivers to meet and take payment for lifts.

Whilst Uber appeared to be just another taxi-booking app in 2013, its USP (unique selling proposition) for the consumer is the ability for the taxi-hunting app user to be in direct contact with the driver. When perusing nearby or suitable drivers, consumers can see the car and driver details, and they can be in text or voice contact with the taxi driver prior to the trip, ensuring reliability. Consumers are even able to map the taxi’s location with GPS. Consumers and drivers are also rated according to reliability – for example, if a customer has previously called a taxi and not shown up for the booking, the consumer is ranked low on reliability, giving the app-using driver an option to not accept the booking.

Uber has evolved into a ‘ride-sharing’ app – meaning that any person looking for extra cash (providing they fit the app’s criteria) can effectively become a taxi driver using their own car. Uber collects 20% of each transaction. Consumers are expected to enjoy much lower rates compared to normal taxis, but Uber appear to be trialling the validity of the cost incentives to drivers.

When the Sydney Morning Herald’s Ben Grubb trialled the technology, demand for a driver far outstripped availability. When he found a driver, she was in North Sydney and he was at the Opera House. He paid $7.10 for a trip from the Opera House to Surry Hills, a trip that would usually cost $10-$15 dollars. The driver though, coming from North Sydney, would have had to pay the Sydney Harbour Bridge toll and, minus Uber’s 20% commission, would have made a maximum of $3.18 (with an off-peak bridge toll of $2.50) or $1.68 (with a peak toll of $4) and that net payment is before petrol costs. Drivers are being offered set payments of $15 per trip by the company during the trial period.

Clients booking taxis on Uber are given a $20 free fare on an account.

The legality of Uber is in question but only by those who lose income when an unregulated competitor comes into the marketplace – i.e  taxi associations and departments such as NSW’ Roads and Maritime Services. Australian consumers, for once, are winning.

Uber’s legality draws many parallels to that of AirBnB – a website that allows average people to advertise and rent their home out to accommodation-seekers.

The phenomenal success of AirBnB has mostly served to highlight the ineffectiveness of inter-departmental regulation. Litigious cities such as New York have tried to regulate AirBnB but failed, as tax offices and accommodation industries chase incomes that are in no strict way illegal, and almost impossible to tax.

The taxi-council’s heavily-publicised objections (such as that in Fairfax media, below) have taken Uber from a niche provider to a much wider mainstream audience.

Sydney taxi drivers and the NSW Taxi Council are furious with a new initiative launched by US tech start-up Uber that allows car owners to use their own vehicles to taxi people around for a fee.

The NSW Roads and Maritime Services has requested a meeting with Uber to discuss how the NSW Passenger Transport Act applies to the new service, and how Uber will respond to its obligations under the act. The RMS said it was “looking forward to Uber’s response”.

Until now, the $US250 million ($270 million) Google-backed Uber has only allowed users to ride in taxis and private hire cars in Sydney and Melbourne. But now it has started to branch out into the “ridesharing” market, allowing anyone to ferry users around in Brisbane, Sydney and Melbourne provided they are at least 24 years old, have insurance, a licence, no criminal record, and own a four-door car that is no older than a 2005 model. “This has to be dealt with before it gets out of hand,” NSW Taxi Council chief executive Roy Wakelin-King said.

“We have an organisation that is asking people to take on faith a [taxi or hire car] booking system that has no regulatory checks or balances.”

There were no vehicle or driver background checks by the NSW government, he said. “[It] represents a clear risk to the public.”

Mr Wakelin-King said the Taxi Council had asked the NSW government to investigate.

“We will also be warning passengers about the risks of using this service,” he said. One of the cars that picks up passengers. Photo: Ben Grubb

The service is currently only available to select users but is due to be launched publicly within weeks. Called “low cost” in Australia and “UberX” overseas, the company takes a 20 per cent cut from each fare.

The new option on the Uber smartphone app has infuriated the taxi industry, according to one Sydney driver, who said drivers were questioning the legality of the service and the fact it was largely unregulated.

Drivers have signed up by responding to Uber job ads on Seek, Facebook and Gumtree. The job ads stipulate that drivers wanting to be part of the low cost service must be “fun and outgoing”, with “strong communication skills and great city knowledge”, and “be willing to participate in a police background check”.

One of the drivers Fairfax Media spoke to said she used to be a fast-food home delivery driver.

Uber’s legal obligations are unclear, such as details of insurance and passenger injury compensation.

Already some US states have banned or are attempting to ban similar businesses.

Some have allowed it though, but only after making Uber or other ridesharing services get a large amount of public liability insurance, which has resulted in the services adding $US1 “safety” surcharges to rides.