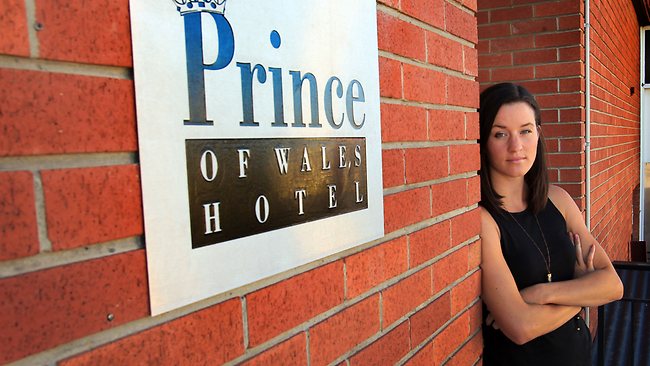 PHOTO: Prince of Wales hotel operations manager Megan Childress says businesses like hers struggle to turn a profit on weekends and public holidays. The Tasmanian Hospitality Association says it is time for a broad conversation about penalty rates. Picture: Kim Eiszele Source: Mercury

From the Hobart Mercury, 6th February 2014

(Tasmanian) tourism and hospitality groups have called for Tasmania to be given a regional exception for penalty rates.

The call follows new moves by the Federal Government asking Fair Work Australia to consider the impact of wages on the country’s softening economy.

But local unions say changes to penalty rates will only create greater disadvantage in the community.

Tasmanian Hospitality Association general manager Steve Old said yesterday it was time for a broad conversation about penalty rates, with many businesses he represents struggling to make ends meet on Sundays and public holidays, forcing them to close their doors.

“Government is too scared of it,” Mr Old said.

“Unions and employers have to be sensible and get around a table and come up with an outcome.

“We need to get the best outcome for our state.”

“The call for a reduction in penalty rates is all about employees subsidising the profits of business,” Mr Harkins said.

“I don’t think it will create one job.

“Those employees that rely on penalty rates to survive will become another level of the working poor.”

Mr Martin said the problem with the current national framework that determines wages and conditions was that a business owner working on a public holiday in a regional tourism spot such as Stanley was getting paid the same amount as a worker in busy Darling Harbour in Sydney on the same day.

“We are in a position where the market doesn’t support the awards on public holidays,” Mr Martin said.

“Businesses in regional areas are saying it is just not worth opening.

“We need to look at ways to make the system more flexible … look at doing it on a regional basis, to collectively negotiate a regional award with the union.”

United Voice Tasmania secretary Helen Gibbons said the idea of a regional exception for Tasmania was an outrageous suggestion.

“Will they lower the rent and the electricity bills for the people that work in hospitality?” Ms Gibbons said. “The employers have already had four goes at reducing penalty rates and four times Fair Work has rejected it.

“Penalty rates have always existed, nothing has changed. You should not open a business if you don’t know how to pay those rates.”

A spokesman for Employment Minister, Tasmanian Senator Eric Abetz, said last night the minister would not be commenting while Fair Work was looking at the issue.