TASMANIAN tourism players have given a cautious thumbs-up to news that industry heavyweight Federal Group plans to sell a number of iconic regional assets, including Freycinet Lodge, Cradle Mountain Chateau, and Strahan Village and Gordon River Cruises, to the RACT.

Federal Group and the RACT yesterday signed off on a multi-million dollar in-principle agreement on the mass-market tourism assets, which, with Federal’s planned retention of the Henry Jones Art Hotel and Saffire Freycinet, provides further evidence of the company’s strategic shift towards the top end of the market.

Tourism Industry Council of Tasmania chief executive Luke Martin said that while he was mindful commercial negotiations remained ongoing, he could envisage some significant upsides to the four assets joining the RACT stable.

Mr Martin said that in other Australian states, automobile clubs were already successfully involved in running tourism operations, and backed the Tasmania organisation to follow suit.

“From our perspective the most exciting element is the potential for RACT to take a significant stake in regional Tasmanian tourism,” Mr Martin said.

“For these iconic Tasmanian tourism products to stay in Tasmanian hands would be fantastic.”

Mr Martin said that the Federal Group had for some time been making a strategic move to service the top end of the tourism market — including the planned $30 million luxury resort at Port Arthur — and that any sale would allow a new operator to service on a different level of the Tasmanian market.

Yesterday’s announcement of the head of agreement comes just weeks after the RACT finalised the purchase of Hobart’s nine-storey Grand Mercure Hobart Central Apartments — its first foray into the Tasmanian tourism market.

In a joint statement yesterday, RACT chief Harvey Lennon and Federal Group managing director Greg Farrell said that negotiations were a strong sign of the confidence in Tasmanian tourism, and that Federal remained strongly committed to the state.

Mr Gerrity described Federal’s decision to focus on the high end of the tourism market as “understandable”, backing the company’s move to become a specialist provider. 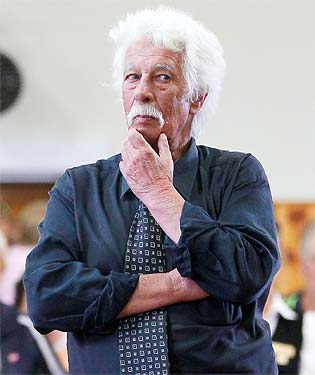 “I think this is a good move, because it opens the door to a greater clientele,” he said.

Glamorgan Spring Bay mayor Bertrand Cadart said he was not surprised RACT would want to develop a network of hospitality businesses, saying sister clubs in Victoria and Queensland had already made a success of the business model.

Knight Frank real estate agent Scott Newton, acting for the Federal Group said while there had been keen interest from a number of parties in the four regional operations, Federal had chosen to sign an exclusive heads of agreement with the RACT.